8:37 AM CuteNaija 0 Latest News in Nigeria 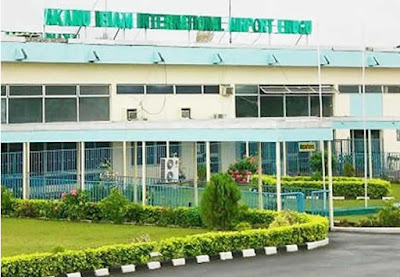 The Federal Government has said it plans to close the runway at the Akanu Ibiam International Airport, Enugu for major repairs and works on the airfield.

The closure will become effective from midnight of August 24, 2019 but no date has been given for the reopening.

The General Manager, Corporate Affairs of Federal Airports Authority of Nigeria, Mrs Henrietta Yakubu, said on Saturday that the aim was to resolve the existing safety and security concerns to flight operations.

“A date to reopen the runway will be communicated in due course,” she said.

The immediate past Minister of State of Aviation, Senator Hadi Sirika, had said in May that the Federal Government planned to shut down the airport.

Some of the reasons he gave included the airport’s bad runway and landing aids, and the presence of a market nearby which attracts birds and had led to constant bird strikes on aircraft.

The minister had also said the state radio mast was wrongly placed and was directly facing the runway.

The closure of the airport is expected to affect Ethiopian Airlines’ three to four flights weekly into the city as well as Air Peace’s domestic flight. Arik suspended flight operations to the airport a few months ago.

The Chairman and Chief Executive Officer of Air Peace, Mr Allen Onyema, while commending the Federal Government for the decision to close the airport, said the runway had given the airline and other stakeholders serious safety concerns.

He said, “For the avoidance of doubt, Air Peace is fully and totally in support of this decision. Though the decision will affect the travelling public and, of course, the airline, we place the safety of the flying public, our crew and equipment above any commercial benefits.

“The government should go all out to put everything in place, within the period of the closure, that would make the airport rank among the best international airports in the country.”