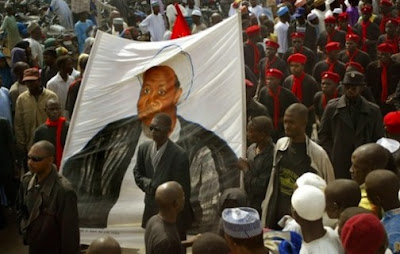 A Professor of History at the Bayero University in Kano, Dahiru Yahya, disclosed that the IMN was not a legal body and as such could not be outlawed.

He disclosed further that Shiite was a religion, adding that the Federal Government lacked the power to proscribe religion.


He said, “The proscription is illegal. We are going to appeal against the proscription order. We would be going to court on Monday. The whole thing will be ready by then and I know that by Monday we would have gone to the court.

“The IMN does not exist as a group. You cannot in any way outlaw religion, you cannot proscribe a religion. The IMN had never been a legal body.”

The professor of history also disagreed that events leading to the proscription of IMN, which culminated in the deaths of several persons, were carried out by members of Shiites, whom he claimed were not violent.

Those who were killed during the protest included the Deputy Commissioner of Police in charge of Operations, FCT Command, Usman Umar, a Channels Television journalist, Precious Owolabi, and several Shiites.

“The violence that they are talking about was from the Federal Government itself, and not from the Shiites’ peaceful protest. The violence was perpetrated by the police and not members of the group. Shiites are never known to be violent in this country. In any case, we are appealing against the proscription,” he added.

Speaking on the possibility of the Iranian government intervening to find a lasting solution to the group’s situation in Nigeria, the university don said, “As a policy, the Iranian government will not interfere in the policies of other countries. Of course, they are aware of what is happening here. They had said those injured should be brought to Iran for treatment.”