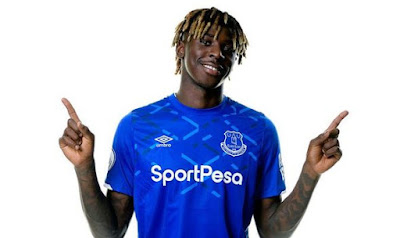 Kean scored six goals in 13 appearances in helping Juventus claim last term’s Serie A title, having made his club debut as a 16-year-old.


He was subjected to racist abuse during Juventus’s 2-0 win at Cagliari in April, holding his arms aloft after scoring.

“I am very proud and honoured to wear the Everton shirt — I will give my best to this team,” said Kean. “I was convinced to sign because Everton is a club looking to the future and so am I.”

Everton manager Marco Silva said: “A striker was one of our priority signings this summer.

“Moise is strong, fast, with many good qualities as a striker and he is just 19 years old. He has the talent and he is ready to work, ready to improve our squad and gives us different solutions.”

Everton, who finished eighth in the Premier League last season, open their new campaign away to Crystal Palace on Saturday.