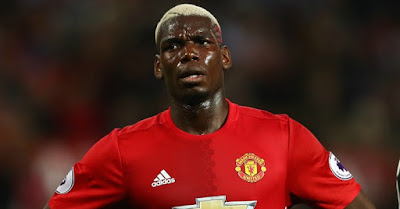 Manchester United manager Ole Gunnar Solskjaer has praised Paul Pogba’s “strong character” and says the abuse he receives only makes him stronger after he was sent racist messages on social media.

Pogba was targeted after missing a penalty in Manchester United’s 1-1 draw with Wolves on Monday.

The abuse came in the wake of similar messages being sent to Chelsea’s Tammy Abraham and Reading’s Yakou Meite.

Solskjaer has backed Pogba and urged social media companies to do more to combat the abuse, saying: “Paul is fine. Paul is a strong character and it makes him stronger.

“I cannot believe we still sit here in 2019 taking about these instances. Social media is a place where people can hide behind fake identities. There’s so many Ole Gunnar Solskjaers on social media that I know are not me.


“The authorities have got to do something about the ones who spread this hate. You feel sorry for them really – they must have problems themselves.”