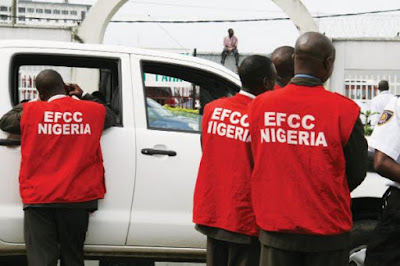 As part of its investigation into the N1.2bn duty tour allowance fraud in the Federal Inland Revenue Service, the Economic and Financial Crimes Commission has commenced a forensic analysis of the bank accounts of the staff members.

It was gathered on Friday that EFCC detectives had obtained details of the bank accounts of FIRS staff and were carrying out a painstaking forensic investigation into “the financial inflows and outflows” in the various accounts in different commercial banks.

It was gathered that the aim of the detectives was to know the depth of the malfeasance perpetrated by the top echelons of the revenue agency in the last four years.

The commission, in April 2019, recovered part of the DTA allowance from the beneficiaries who refunded millions of naira.


Following the development, the commission widened its investigation into the contracts awarded by the agency since the FIRS Chairman, Babatunde Fowler, assumed office in 2015.

Our correspondent had reported how Fowler attempted to influence the acting EFCC Chairman, Ibrahim Magu, to drop the ongoing investigation into the sleaze in the FIRS, but the anti-graft agency boss resisted the pressure.

The commission subsequently mobilised different teams to investigate the contract awards and estacode payment for foreign trips by the FIRS management.

Head of the FIRS Coordinator Support Services Group, Peter Hena, who allegedly authorised the illegal payment had reportedly made revealing statements during investigation about how the DTA fraud was perpetrated.

The FIRS Director of Finance, Mr Mohammed Auta, had similarly informed detectives that he acted on the instructions of Hena to disburse the fund.

Giving an update on the investigation, a senior official said, “The investigation has progressed, but we are now carrying out a forensic probe of the bank accounts of the FIRS staff to track the inflow and outflow of the monies paid into them as well as the sources of the funds. So far, our investigation has been revealing.”

When asked about the latest development on the investigation, the acting EFCC spokesman, Tony Orilade, said, “The investigation is ongoing and we would brief the media at the appropriate time.”