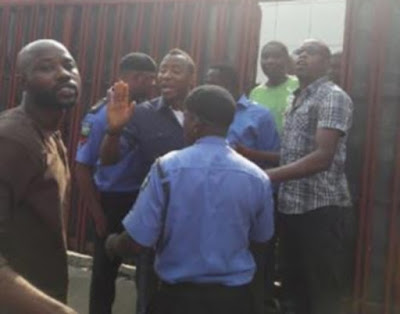 The Department of State Services has confirmed the arrest of presidential candidate of the African Action Congress in the 2019 General Elections, Omoyele Sowore.

The DSS said it was true that its operatives arrested Omoyele in the early hours of Saturday.

Sowore, the convener of #RevolutionNow protests which he intended to hold across the country concurrently on Monday, August 5, allegedly in protest against bad governance, was picked up at his apartment at 1.25am on Saturday.

Addressing a Press conference in Abuja on Sunday, spokesman of the DSS, Mr. Peter Afunanya, said Sowore was taken into custody because “he called for a revolution in Nigeria.”


Afunanya said DSS was “aware of information that Sowore had been in touch with foreign actors to destabilise Nigeria.”

He did not provide details of Sowore’s detention location, or if he will be taken to court.