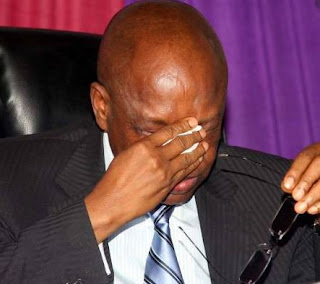 The Economic and Financial Crimes Commission, EFCC, had on Thursday arraigned Iwu before a Federal High Court in Ikoyi for alleged laundering of N1.2 billion.

Iwu, who has been interrogated by the EFCC, was alleged to have been involved in the N23.29 billion poll bribery scandal which characterized the 2015 poll.

The presiding Judge, Professor Chuka Obiozor had fixed Friday for hearing of his bail application.

The judge granted Iwu bail in the sum of N1 billion with two sureties in like sum.

One of the sureties must be a landed property owner in Lagos with evidence of tax clearance and must be a resident of Lagos, while he or she must attach his or statement of account.

The second surety must be a civil servant on grade level 16 or a professor and must attach his or her statement of account.

The said sum was in the bank account of Bio-resources Institute of Nigeria Limited domiciled in the United Bank for Africa, UBA Plc.

The cash in question was about the election bribery scandal during the 2015 general election.

Iwu pleaded not guilty to the charges.

Hamed Raji, SAN appeared for him, while EFCC counsel, Mr Rotimi Oyedepo is prosecuting the case.