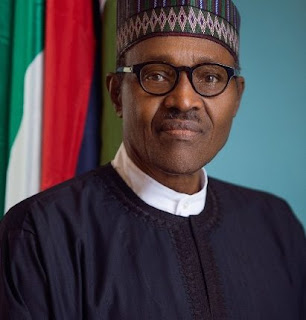 Ogu told the News Agency of Nigeria (NAN) on Wednesday in Port Harcourt that the new administration needed time to form its team so as to achieve expected success.

He said that it was necessary to allow the new administration an ample time for proper formation and policy takeoff, adding that any attempt by groups or individuals to trade blames or label the government as incompetent was very unnecessary.

“At this moment, I think everyone should wait and be patient, let’s see the new team that President Muhammadu Buhari is constituting, let’s observe their new direction.


“Let’s see what action they will be taking, if they are going to declare a state of emergency on security, education, roads, and airports.

“Let’s give the administration some time to form its executives and implement new polices so that we can ascertain if those policies could actually address our concerns.

“For now, I don’t think casting aspersions on the Federal Government and trading blames is the right thing to do,” Ogu said.

Reacting to arrests of some participants in the Aug. 4 #RevelationNow Protest, Ogu said that such arrests would not erase the cause of action which invariably was poverty, insecurity and infrastructure decay across the country.

“Let us believe that the government knows the pains and challenges of the people, whoever is being arrested as a result of that protest does not stop the fact for which the protest was intended.

“I advise that whenever they carry out these arrests, wisdom is required, such that once what they strove to stop has been stopped, the arrested persons should be released because if such arrests are not checked, it may get to a point where the greater population of Nigerians will stand up to say arrest all of us.

“There is actual poverty in the land, Nigerians are finding it difficult to survive in their own country because basic infrastructure are lacking.

“The roads are bad, our education system is nothing to write home about, health care amenities and electricity are inadequate if democracy dividend could translate to poverty reduction in the country, I believe this administration would enjoy the accolade it wishes to get.

“Our country is right now in a very challenging situation that requires immediate action.

“And so Mr President should do everything within his powers to understand the urgency of meeting the expectations of Nigerians,” the cleric said.

But however, the president should be given sometime to enable him to implement the right policies that could address these urgent needs, he advised.