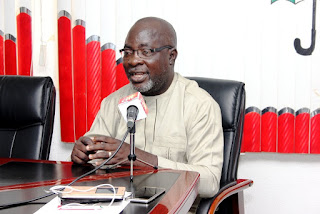 The Peoples Democratic Party (PDP) has described President Muhammadu Buhari’s directive on food importation in the country as mean, ill-timed and completely against the wellbeing of Nigerians.

The president had said this lead to steady improvement in agricultural production and attainment of full food security.

But reacting in a statement, Kola Ologbondiyan, PDP spokesman, said the directive will “worsen food scarcity, exacerbate the already harsh economic situation and general despair in the country”.

He said the administration of the All Progressives Congress (APC) has once again demonstrated its “insensitivity towards millions of Nigerians, who are already suffering acute hunger and starvation due to severe food shortage and high prices brought by Buhari’s misrule”.

“It is indeed appealing that instead of bringing solutions to the depreciating living conditions in our nation, President Buhari is rather imposing more suffering by ordering the removal of subsidy on food,” he said.

“The PDP states strongly that Nigerians do not, in any way, deserve such suffering being foisted on them by such directive on food.

“Such situation will only breed further despondency among our citizens, heighten our security challenges and put more pressure on compatriots, many of who, in the face of suffering occasioned by APC misrule, are resorting to suicide and slavery mission as options.”

He said instead of removing subsidy on food, Buhari should cut the billions of naira being “wasted on luxuries in his presidency and free the funds for the welfare of the masses” .

“The PDP wants to believe that while Mr. President enjoys the comfort, luxury, sufficiency and safety of the government house, he is barely aware of the sufferings of Nigerians, “he said.

“It’s complete disservice to Nigerians for the government to place restrictive directives on food for the masses while interests condoned by the same administration are frittering our common patrimony.”

The PDP, therefore, charged Buhari to immediately rescind his directive before it inflicts more damage on the  people.