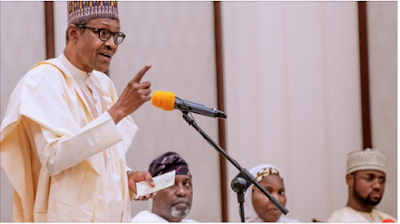 President Muhammadu Buhari and the All Progressives Congress (APC) have closed their case at the hearing of the petition brought by the Peoples Democratic Party (PDP) challenging Mr Buhari’s election.

The president and his party made this known at the continuation of the presidential election petition tribunal on Thursday.

The lawyer representing Mr Buhari, Wole Olanipekun, announced the decision of his client to close their case, at the opening of the session on Thursday.

He told the court that they were satisfied with the information already before the court and were subsequently convinced of the need to close their case.

Mr Olanipekun said they took the decision after studying all the documents presented by the PDP and other matters that had arose in the trial.

“We are very satisfied with the evidences we have led and we will be closing our case,” Mr Olanikpekun said.

The APC also argued that the evidence presented by the PDP helped its submission.

According to the APC lawyer, Lateef Fagbemi, his clients were eternally in grateful to the PDP.

“Normally it is the turn of the third respondent to open our case. I have thought about it. If I am grateful to chief Olanipekun, I am entirely grateful to the petitioners. With respect, having reviewed our petition, there is no point to indulge in an overkill exercise,” Mr Fagbemi said.

Mr Buhari had opened his defence on Tuesday, after the PDP closed its case.

Mr Buhari presented seven witnesses who all focused on proving his educational qualifications during their defence.

The PDP and its presidential candidate, Atiku Abubakar, are currently before the tribunal to contest the victory of Mr Buhari at the February 23 presidential election.

Mr Abubakar was the first runner-up and polled 11,262,978 votes, according to the declared results.

The PDP, however, accused the electoral umpire, INEC, of colluding with the ruling APC to rig the poll.

According to Mr Abubakar, his party won the elections with over 1 million votes from details seen by the petitioners during its investigation.

The PDP also alleged that Mr Buhari did not qualify for the elections on educational grounds.

The PDP specifically accused INEC of refusing to disclose results transmitted to its central server, because the results favoured the party.

That claim has since been denied by INEC. The commission insists it did not use a central server for the collation of results, despite claims to the contrary by some of its staff.