‘Boko Haram has not been defeated’ — Borno residents write Buhari 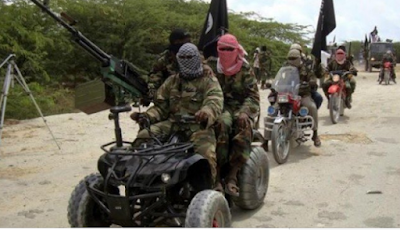 Residents of Borno say they have lost confidence in the military over the lingering Boko Haram crisis.

In an open letter signed by Hassan Boguma, a traditional ruler, the residents accused the military of not doing enough, saying Boko Haram now attacks without any countermeasure.

The letter comes after Babagana Zulum, governor of Borno state, blamed the military over recent attacks on Gubio and Magumeri local government areas in the state.

While addressing state house correspondents at the weekend, the governor had said the establishment of “super camps” had made it easy for the insurgents to storm communities without any resistance.

“The attempts by Boko Haram to intimidate and attack communities in the state and the actions of our soldiers in the frontline has made us lose confidence in the recent military’s performance in protecting not only the vulnerable citizens but even the territorial boundaries of the nation,” the letter read.

“Your Excellency, while lauding the efforts of the N/Army for their gallantry in other parts of the state, much is needed to be done in areas around MMC and Jere and in recent attacks on Nganzai, Gajiganna, Gubio, Magumeri, Amurwa, Kalali Abdul, Wanori and yesterday, Dalori villages. The incessant and daring attacks by BHT is becoming a source of great concern to citizens living in the two local governments and five villages simultaneously attacked for three days without any countermeasures or even a response to distress calls from the locals.

“A country’s armed forces were supposed to be a proud and patriotic defenders of both the nation’s territories and its citizens, but our today’s men of the armed forces were either overwhelmed by the desire to amass wealth by all means and, on the blood of the innocent Nigerian citizens, or have been compromised by theories of conspiracy and collaboration by deserting their formations in the face of attacks by the insurgents.”

The residents said the present crop of soldiers on the frontline are not ready to fight, as in most cases they do not pursue the insurgents.

They also accused military commanders of turning the war theatre into a milking cow.

Although the government had always maintained that it has technically defeated the insurgents, residents told the president that he is being fed with false information on the situation at the war theatre.

“You are either fed with false information, or raising hopes of technical defeat of the BH which is far from the truth,” the letter further read.

“The recent systematic attacks on Gubio a strategic battalion and forcing them to withdraw is not only a shame but  a slap on the face of our armed forces and a smack of mockery and abuse on the strength and professionalism of our armed forces which was once a formidable force in the Africa.

“Patriotism being the hallmark of all military operations is near absent, in most cases men that were lacking in experiences of war tactics were posted a seeming guerrilla like operations. The special forces that would have dealt with the peculiarities of insurgency were not properly involved in the operation and munitions that could have been used were not on ground to confront the monster head on.”

Instead of taking the offensive to the insurgents, residents said troops were confined to their trenches, waiting to be attacked.

They argued that the continued reports of repels and foiling of attacks were never a war strategy that is intended to end.

According to them, there are many questions to be asked in the face of the recent actions of the military in the operation as there is a seeming case of sabotage, collaboration and negligence seen in most of the recent attacks.

At the time the letter was written, residents said all military formations have been withdrawn from all their strategic locations and this action has made the remaining communities more vulnerable to attacks.

They added that this action had also emboldened confidence of the insurgents to daily attack and ransack communities that were unprotected due to the lack of military presence.

In what it called “super camp”, the army had dissolved its formations in some Borno villages into larger camps where safety of troops are guaranteed and can strategically advance on the insurgents.