BBNaija 2019: Gedoni, Khafi disturb me whenever they make love- Thelma 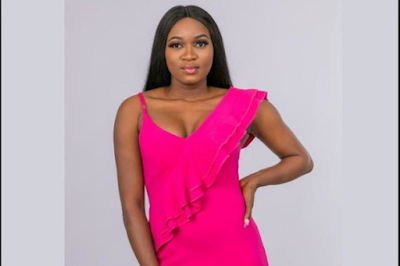 Evicted BBNaija 2019 housemate, Thelma Ibemere has opened up on her experience in the Big Brother House. The outspoken housemate noted that Gedoni and Khafi disturb her whenever they make love.

In her words:” Gedoni and Khafi disturb me when they make love. My best is close to theirs.There are enough condoms in the Big Brother House. If Khafi wants to get pregnant, that means its intentional.The condoms finishes every night whenever they bring in new foodstuffs”, she told LITV.

Speaking further, she added that there is nothing real about Gedoni and Khafi’s relationship. Thelma added that Gedoni is only toiling with Khafi’s emotions.

“There is nothing real about Khafi, Gedoni relationship. The relationship is going nowhere. Gedoni is toiling with Khafi’s emotion. Gedoni didn’t go straight to Khafi. He, first of all, went to somebody else. When he realized Mercy won’t say yes because she is with Ike, he now diverted to Ike. I hate that. If Gedoni truly loves Khafi, he would have gone straight to her”.


26-year-old Thelma lives her life by one simple motto: “Only hang out with those who bring out the best in you, not the stress in you”.