Arsenal seal deal for Tierney, close in on Luiz 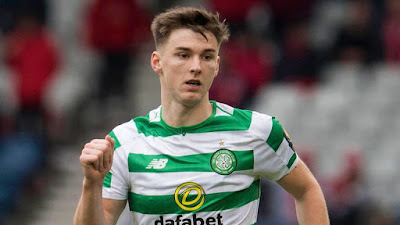 Arsenal significantly bolstered their defence in the final hour of the Premier League transfer window by completing the signing of left-back Kieran Tierney from Celtic with Chelsea’s David Luiz also expected to complete a move to the Emirates on Thursday.

Scotland international Tierney had been a target all summer for the Gunners and agreement of the payment structure of his £25 million ($30 million) move from Celtic was eventually agreed on Wednesday night.

“He increases our options defensively and I look forward to him joining our group.”

Arsenal conceded 51 goals in the Premier League last season to miss out on Champions League football for a third consecutive season.

The double swoop would complete an impressive window for the Gunners despite missing out on the riches of the Champions League.

A club record £72 million was splashed on Nicolas Pepe from Lille to complete an exciting trio of attacking talent alongside Pierre-Emerick Aubameyang and Alexandre Lacazette.

Emery’s midfield options were also boosted by the loan signing of Dani Ceballos from Real Madrid.