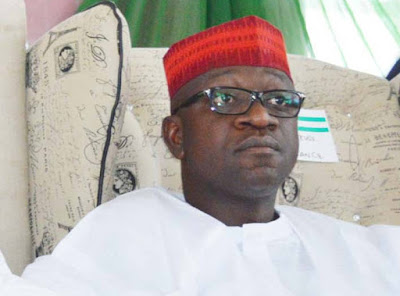 The Bebeji Local Government chapter of the party said Kofa was found guilty of alleged anti-party activities was suspended indefinitely.

A statement signed by the Chairman of the APC in Bebeji Local Government, Alhaji Sulaiman Sabo Gwarmai, said Kofa was suspended having confirmed that he carried out various anti-party activities contrary to the provision of the party’s constitution.

Kofa, a member representing Bebeji/Kiru Federal Constituency, according to the statement was suspended based on the recommendation of a seven-man committee, which was constituted after he was petitioned by party faithful.


The statement further urged the state APC executive to recommended to the national executive for the expulsion of Kofa from the party.

The statement reads in part: “upon a petition received by the APC executive committee of Bebeji Local Government, a seven-man committee was inaugurated to investigate all the issues raised by the petitioner.

“After a thorough investigation the Committee submitted its report and recommendations to the Local Government executive which subsequently met and adopt as follows:

“That having confirmed various anti-party activities by Hon. Abdulmuminu Jibrin Kofa which was found contrary to some provisions of the party’s constitution, ranging from article 21, paragraph A (ii) (V)

“And (Vii) the executive committee adopted the report and herby suspended Hon. Kofa with immediate effect for 12 months.

Kofa, who was the Campaign Director General of Speaker of the House of Representatives, Hon. Femi Gbajabiamila, lost out in the sharing of the House standing committees, fueling speculation of a rift between him and the Speaker.