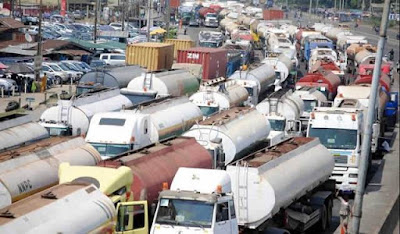 Efe Afe, member representing Sapele/Uvwie/Okpe Federal constituency in the House of Representatives has called on the Federal Government to reactivate the Sapele Port and other ports in the country to decongest Apapa and Tin Can Island Ports.

It was gathered that Afe, a first time member of the House of Representatives under the platform of the People Democratic Party (PDP) in the 2019 general election, made the call on Monday.

He said with the current congestion being experienced in Apapa and Tin Can Island Ports, the Federal government must reactivate other ports in the country if it wants to decongest those two ports.

Afe, while speaking in Warri, lamented that the huge amount of money that was used to build the Sapele Port in the 80s should not be allowed to go to waste.


“The Federal Government spent huge sum of money to build the Sapele Port. So it will not be wise for them to allow such facilities to rot away while at the same time they are losing huge sums of revenue from the congestion going on in Lagos Ports.

“We have been clamoring for the revival of Sapele Port for a very long time now. It all started when Hon Joyce Overa during the 6th Assembly of the House of Representatives. He moved a motion that the Sapele Port should be reactivated.

“The House then resolved that the Sapele Port should be reactivated. They even sent Representatives to visit the port where the Shippers Council was also represented. But till date nothing has been done to reactivate the Sapele Port,” Afe said.

He noted that the reactivation of Sapele, Warri, Koko and other ports in the country will not only decongest Lagos ports but will also create employment for the people and generate revenue for the Federal government.

“Today, with the reality on the ground and the congestion in Apapa and Tin Can Ports, we all know that the economy is suffering because it takes longer time for people to retrieve their goods from the ports,” the House of Representatives member said.

Afe, therefore appealed to the Federal government to speed up the dredging of the Escravos Bar so as to allow bigger vessels to come into the ports.

He said, “The Federal Government needs to speed up dredging of the Warri river and other rivers so that vessels can be coming to Warri, Sapele, Koko, and Burutu Ports. This will alleviate the suffering of businessmen in the South-South and South-East region of the state. This will also lead to the creation of employment for our people and revenue generation to the Federal and state governments.”

He warned that if nothing was done to reactivate other ports in the country, other neighbouring countries will take advantage of what is happening in Lagos ports and divert the revenue that is supposed to come to the country to there own countries.

“I have already drafted a motion concerning this matter which is already with the Clerk of the House. That motion is calling on the Federal Government to reactivate the Sapele Port alongside the Warri and Koko ports, and if possible, the Burutu port,” Afe said.

Afe also assured his constituents that all Delta State members in the House will do their best to ensure that their people are well represented in the House.

“I also want to urge all Deltans to support the present government of Governor Ifeanyi Okowa and the Federal Government under the administration of President Muhammadu Buhari in the implementation of capital projects and policies,” Afe said.