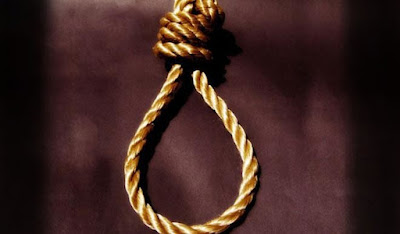 The woman, identified as Praise, according to her neighbours, had planned to kill herself and her two-year-old son on Tuesday.

According to a source:“Praise had in April told some of us that she was in an abusive marriage and had thrice returned to her parents, who sent her back with the mandate to make the marriage work.

“On Monday, she dropped a suicide note stating why she wanted to terminate her life. But we thank God that somebody saw the note and mounted a surveillance on her. That saved the situation.”


The alleged suicide note read in part, “We live in a society where no one cares. You live in an abusive marriage, no one cares – the society, friends and relatives.

“Verbal abuse increases; you are called a bad wife, a bastard, you smell awful, you feel you made a 2.1 in school, come and get money for clearance.

“When family fails you because you are married, you damn the consequences, take a life and serve the jail term.

“Soon I will die and I will take my little man along. I won’t leave him to suffer verbal abuse; we will go to a place where there is peace unlimited.

After she finished writing the note, she stopped picking her calls.

A source stated, “She moved out of her residence to the Okpuno area on the outskirts of Awka, triggering the fear that she might have gone away to harm herself.

“We had to trail her to Okpuno, got her and took her to a primary health centre, where she is receiving treatment.”