ANALYSIS: Why the government should obey the court order on El-Zakzaky this time 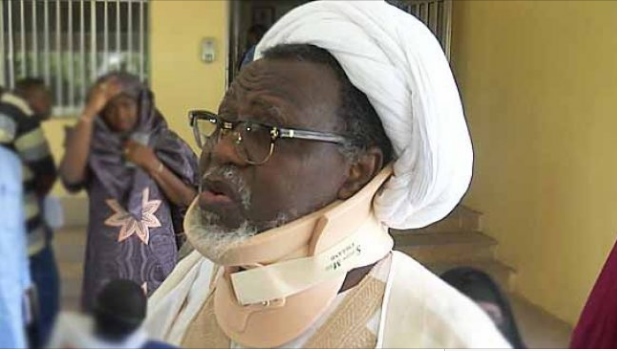 After weeks of prickly suspense, a high court in Kaduna has granted Ibraheem El-Zakzaky, leader of the Islamic Movement in Nigeria (IMN), permission to travel to India for medical treatment.

The cleric has been in detention for more than three years.  In December 2015, soldiers raided his residence in Kaduna, wounding him in the eye and killing some of his followers.

His health deteriorated while in custody, and Femi Falana, his counsel, had expressed concerns, seeking medical leave for him.

“The pellets had resulted in lead poison and need to be urgently removed by highly professional medical personnel,” Falana had said while speaking to journalists after a court session.

El-Zakzaky’s incarceration has been the propellant of some bloody protests in the federal capital territory.  On July 27, a few days after a savage clash with the police, which resulted in the death of a senior officer and a journalist in Abuja, the federal government proscribed the El-Zakzaky-led group.

The group has been feisty in its demand for the release of its leader, but following the proscription, it suspended daily protests to seek judicial intervention.

However, before the order of the Kaduna high court granting El-Zakzaky medical leave, a court of coordinate jurisdiction had granted him bail.

On December 2, 2016, Gabriel Kolawole, judge of a federal high court, Abuja, ordered the release of El-Zakzaky, who had spent a year in DSS custody. The judged asked the secret police to comply with the order within 45 days.  He also awarded N50m in damages in favour of the cleric.


“I have scrutinised the relevant provisions of the national security agencies act and with microscopic judicial lens swept through the 1999 constitution (as amended). I was unable to set my eyes on any provision. The first and second respondents’ counsel, T A Gazali was unable to cite any to the court in order to justify the detention of the applicant since December 14, 2015 in the first respondent’s custody in what was described as protective custody,’’ he held.

However, the federal government, which held El-Zakzaky at the time, did not obey the order. This action ticked off an avalanche of protests by his followers and prompted the condemnation of many concerned citizens.

Will Kaduna state, of which Nasir el-Rufai, the governor is a critic of El-Zakzaky, obey the order granting him permission to travel abroad?  Or will it appeal against the judgement? But even if the state government intends to appeal it; it must obey the order pending the appeal.

If not, what will that portend for internal security? And will there be more protests in the streets for his release?

SOME COURT ORDERS ARE NOT TO BE OBEYED

The federal government, which held El-Zakzaky in custody before his case was taken over by Kaduna state government, had given reasons for its defiance to the court order releasing him.


In an interview on Channels TV, Femi Adesina, presidential spokesman, said El-Zakzaky was being held because the government had filed an appeal against the judgment granting him bail.

“I know that the immediate past AGF in whose purview it was to make pronouncements on that, address the issue. If bail is granted and another case subsists and there is an immediate filing of appeal, you have to wait till it is dispensed with. So, that is a legal matter which is outside my purview but as a layman, an unlearned man as lawyers would call us, we know that until all cases are dispensed with, you don’t say that it has been concluded,” he said.

Also, Abubakar Malami, former attorney-general of the federation, advanced reasons for the government’s disregard to some court orders during his confirmation hearing at the senate. He said some orders are not to be obeyed for the sake of ‘public interest’.

But is the law still sacrosanct when there is selective enforcement? What does that say about respect for the rule of law? Can a violator of the law be the upholder of it?