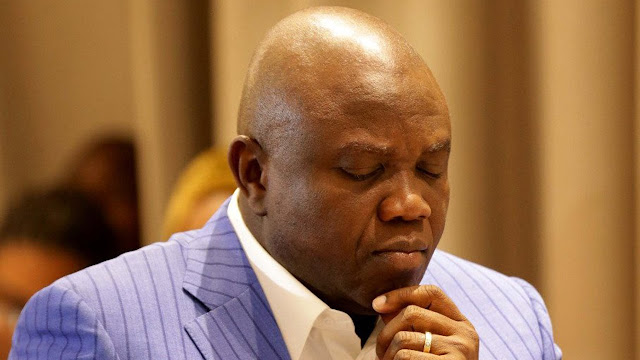 Chief of Staff to the immediate past Governor of Lagos State, Mr. Samuel Olakunle Ojo, has debunked claim that the Economic and Financial Crimes Commission, EFCC, raided his house alongside his former boss, Akinwunmi Ambode, over alleged N9.9 billion fraud.

Ojo added that he was neither involved in any fraud nor his house raided by the anti-graft agency during their visit to Epe.

The anti-graft agency had been investigating the administration of the former governor over alleged N9.9 billion fraud which led to freezing three accounts owned by the State Government.

In a statement made available to journalists in Lagos on Tuesday by his Media aide, Cornelius Kayode, the former Chief of Staff stressed that the house raided by the agency in Epe did not belong to him.

He maintained that the house raided by the EFCC operatives belongs to the former Personal Assistant to Ambode, Mr. Bunmi Ariyo.

According to him, my boss, Mr. Olakunle Ojo, did not have any personal house in Epe while in office and after leaving office.

“The former Chief of Staff did not build any house in Epe as claimed. The House raided by EFCC belongs to Bunmi Ariyo who was the former governor’s Personal Assistance,” he added.

Ojo, however, urged the public to disregard the claim that his house was among buildings raided by the anti-corruption agency.