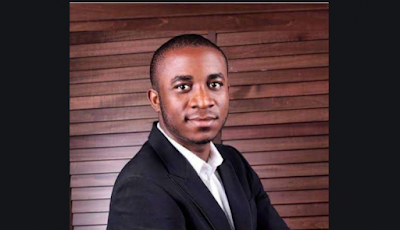 The US Federal Bureau of Investigation (FBI) has arrested Nigerian entrepreneur, Obinwanne Okeke of conspiracy to commit fraud running into the sum of 12 million US dollars.

This was disclosed in an affidavit made available to the press on Friday, August 15, by Marshall Ward, a special agent employed by the United States Department of Justice.

According to the information disclosed, the investigation was premised on a complaint lodged by representatives of Unatrac Holdings Limited for being victimized in the fraud.

The story has gone viral on social media with political commentator, Tolu Ogunlesi tweeting about it with the caption, “NEWS: The FBI is charging this young Nigerian ‘Entrepreneur’ with conspiracy to commit Computer Fraud & conspiracy to commit Wire Fraud. BEC stuff. Amount involved appears to be around ELEVEN MILLION US DOLLARS.


“The FBI evidence against him is damning!!!”

Obinwanne Okeke (born 9 November 1987) is a Nigerian entrepreneur and the founder of Invictus Group.

He was also listed among 100 Most Influential Young Africans 2018 which included Davido, Falz, Ahmed Musa.

Obinwanne Okeke has been extensively involved in sourcing, structuring, implementing and monitoring various private equity investments in African and Australian markets and has over 10 years of investment experience.

Prior to founding Invictus Group, he assisted with founding and running other entrepreneurial establishments.

He has received several leadership honorary awards from local as well as international organizations.

Recently, Obi’s focus has been on building energy-efficient houses that feed exclusively from solar power.