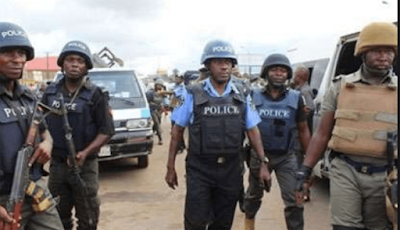 The Lagos State Police Command said that over 100 armed robbery suspects were arrested on Mile 2-Badagry Expressway between January and August, 2019.

Mr Mohammed Ali, Deputy Commissioner of Police (Operations), Lagos State Police Command, made this known in an interview with the News Agency of Nigeria (NAN) in Lagos on Monday.

He spoke in reaction to public complaints about incessant armed robbery on the Mile 2-Badagry Expressway.

Ali said that the command’s security strategies in the state were still in place, yielding positive results.

According to him, at peak periods, all Area Commanders and Divisional Police Officers (DPOs) are to monitor traffic situation under them, with a view to decongesting traffic and checking criminals operating during such period.

"Our major challenge on the Badagry expressway is the bad road and the articulated vehicles and tankers parked on the road from Mile 2. They are not helping security matter on that road.