Who will save Nigerian Universities? Even the leaders can’t risk their children attending them 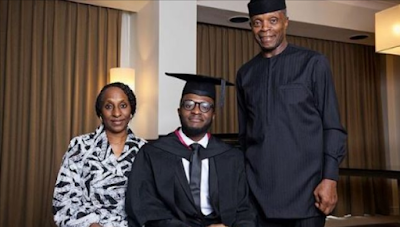 On Wednesday, Laolu Akande, spokesman to Vice-President Yemi Osinbajo, tweeted that his principal “is in the UK to witness the son’s graduation ceremony.”

In the blink of an eye, that tweet triggered a heated debate online: some argued it is a reminder of how even Nigeria’s leaders do not believe in the country’s education system while others rose in defence of the vice-president and said there was nothing wrong in sending your children to study overseas if you can afford to.


VP Osinbajo is in the UK attending his son's graduation today. He returns to Abuja tomorrow
— Laolu Akande (@akandeoj) July 17, 2019

Two days after Akande’s tweet, Ike Ekweremadu, former deputy senate president, took to the social media platform as well to announce the graduation ceremony of his daughter who finished from a foreign university.

Please, join me in congratulating my darling daughter, Sonia Chinonso Ekweremadu, BA Media and Communications, on her graduation.

Rewind to ten months earlier when Nigeria’s best university was only able to come after 635 others in the world.

Covenant University had been ranked 636 in the report by The Times Higher Education, with two other Nigerian institutions making the cut out of the top 1250 ranked: University of Ibadan as 677th and University of Nigeria, Nsukka as 1161st.

DO NIGERIAN LEADERS BELIEVE IN THE COUNTRY’S EDUCATION?

The case of Osinbajo does not come as a surprise example of a Nigerian leader whose child is studying overseas. In fact, this has been the norm for many years.

In June, 2016, Atiku Abubakar, former vice-president, announced that his daughter had finished her studies abroad.

Bukola Saraki, former senate president, also announced the graduation of his son from the London School of Economics in 2017, while in the same year, the son of Aminu Tambuwal, governor of Sokoto state, graduated from the University of Buckingham in London.

Rochas Okorocha, former governor of Imo state, could not hide his joy when his son completed his master’s degree from the Imperial College, London in 2018, having finished from the University of Manchester two years earlier.


It was the same feeling for Rotimi Amaechi, immediate past minister of transportation and former governor of Rivers state, whose son graduated from a Canadian university in June.

And the list goes on and on for most of the top government officials in the country, including the number one citizen, President Muhammadu Buhari, whose children finished from a UK university in 2016.

OVERLOOKING NIGERIA’S CHALLENGES?
Sadly, however, there is a sharp contrast in these universities across the globe with what is obtainable in Nigeria where the academic staff in the universities have been on strike for at least 15 times since 1999, for a cumulative period of 37 months, in addition to other challenges including poor infrastructure and substandard education.

Plagued with grievous under-funding from the federal budget — an assessment of the education sector’s budgetary allocation trend from 1999 shows that the highest received, in 2014, was only 9.94 per cent of the entire budget — it makes sense to question the commitment of Nigerian leaders, past and present, to the development of the country’s education sector when their children cannot relate to strike or even decayed infrastructure in their schools.