There is a sponsored campaign against JAMB – Oloyede 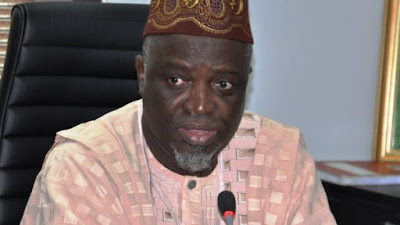 Prof. Is-haq Oloyede, Registrar, Joint Admissions and Matriculation Board (JAMB), said that he was sure of a sponsored campaign against the efforts of the board.

Oloyede said this on Thursday in Abuja while presenting another suspect to newsmen, Kokowa Cletus, a 20-year-old, who allegedly falsified his Unified Tertiary Admissions Examination (UTME) result.

Recall that the board had on June 24, presented a 19-year-old Adah Eche, who allegedly falsified his UTME result, yet wrote a letter of complaint to the board for presenting him with two results.

The registrar frowned at the fraudulent trend, saying that it was unfortunate that the board was making efforts to serve the public yet it was being discouraged by detractors.


“This is especially when cases that were meant to be investigated were not appropriately done.

“We believe that there is an organised and sponsored campaign against JAMB for whatever reason.

“We have no apology, but will want the public, who might be misinformed to always know the situation at hand and the gravity of what we do.

“This campaign going on against JAMB is done by people who knowingly or unknowingly, are inadvertently employed to do this.

“At the appropriate time, we will come out to tell the people what is really going on but there is a personal war, you will see that soon,’’ he said.

He noted that many of such campaigns were done through complaints of the board issuing out double results to candidates who sat for the 2019/20 UTME among other complains.

Oloyede said that some of the people who make the claims are aware of the Nigerian factor where most accusations were not properly investigated before undergoing public judgements.

The registrar said instead they preferred to go elsewhere to cry foul instead of approaching the board.

He said Cletus was invited to the board’s headquarters from Bayelsa, after he wrote a complaint to the board for issuing him two results and subsequently he was apprehended.

“He came with his uncle who fortunately, is an army officer and we investigated the matter together before the members of the board.

“We found details of transactions on his phone between him and the syndicate, including a video on how to process result upgrade and negotiations were made on the phone too.

“There was also a screenshot of an imposition result of 206, yet, he had the guts to claim that JAMB sent him two results while we also discovered that he checked the results 15 times via `55109’, Oloyede added.

The registrar explained that the suspect did not know that once a result has been checked, a copy was being sent to the candidate, another was copied back to the board with the date and time of check.

He also narrated how the father of the suspect had written a letter to the board, expressing disappointment at the board’s incompetence.

Oloyede quoted the letter as saying, “your inability in swift response to address the issue has led to my son’s forfeiture of his Nigerian Defence Academy (NDA) admission opportunity.

“However, am craving your indulgence to quickly rectify the result in affirmative to enable him have a good chance for the second choice of the institution.’’

The registrar said that the board would stop at nothing to expose the syndicates working against it, noting that about 80 of such cases were already being prosecuted nationwide.

He assured that others would be apprehended in no time, adding that the board would have to focus on the admissions process for now.

According to him, the suspect’s result will not be cancelled but be invalidated, while he will be handed over to the police to face the law.

The suspect told newsmen that his parents would be disappointed at his actions.

He said that he did not believe his original result was a reflection of his performance and so, decided to approach the board for a proof.

This, he explained, was because he thought he did better than 162 as the UTME questions he answered were not so difficult believing that the second result is not his.

“Someone sent an mail to me saying that they can upgrade my result, so I asked them to send me a proof that they could do it and they sent me 206.

“The person now asked me to pay N10,000 but I told him I didn’t have that kind of money, he then promised to make things hard for me.

Cletus said that he knew upgrading scores was a criminal offence and did not expect the syndicate to be successful, yet he believed that it was JAMB that sent the 206 results to him and wanted to be sure.