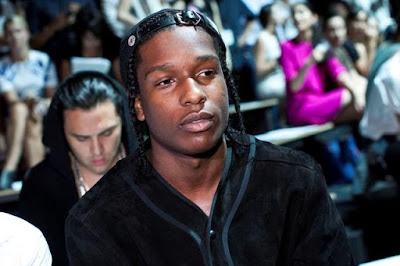 U.S. rapper, A$AP Rocky, has been charged with assault in Sweden over his alleged involvement in a street brawl and is to remain in custody pending trial, the Swedish prosecutor’s office said on Thursday.

The 30-year-old performer, producer and model from Harlem, whose real name is Rakim Mayers, has been detained since July 3 along with two members of his entourage in connection with a fight in central Stockholm on June 30.

Mayers has been charged with assault, the prosecutor said in a statement. He faces a maximum of two years in prison if convicted.

“I have today commenced criminal proceedings against the three individuals suspected of assault causing actual bodily harm, having come to the conclusion that the events in question constitute a crime despite claims of self-defense and provocation,” Public Prosecutor Daniel Suneson said.


Suneson had initially wanted to charge Mayers with aggravated assault.

The rapper, best known for his song “Praise the Lord”, was in Stockholm to perform at the Smash hip-hop festival, but his detention has forced the cancellation of the rest of his European tour. His next performance is scheduled for August 11 in the U.S.

Mayer’s case has gained widespread attention including from U.S. President Donald Trump, who last week urged Swedish Prime Minister, Stefan Lofven, to free the rapper and said he was willing to vouch for Mayers’ bail.

Lofven, through a spokesman, has said he will not influence Mayers’ legal case.