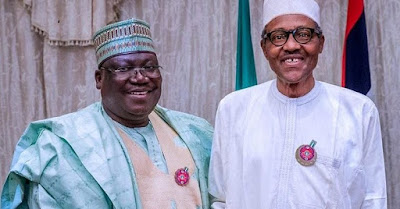 The Peoples Democratic Party (PDP) has called on the Senate to forward the list of ministerial nominees to the Economic and Financial Crimes Commission (EFCC) for scrutiny.

According to the main opposition party, this, would further give credibility to the ministerial screening exercise presently being conducted by the Senate.

A statement Monday by the spokesman for the PDP, Kola Ologbondiyan, said the list of nominees forwarded to the Senate by President Muhammadu Buhari contained names of former governors and ministers who wrecked their states and ministries.

The PDP observed that some of the nominees have serious allegations of corruption, abuse of office and stealing of public funds hanging on their necks.


The statement further said, “Furthermore, the PDP notes that the nomination of persons with corruption badges to serve in the federal cabinet has overtly established the fact that President Buhari not only condones but also explicitly promotes corruption, which has escalated into a state art since he assumed office in 2015.

“This is particularly as President Buhari had asserted that he would only nominate persons he knows personally.

“It, therefore, speaks volumes that the persons Mr. President ‘personally’ knows and has nominated as ministers include such individuals that have been publicly indicted and known to be answering questions as accomplices in on-going corruption cases in various courts”.

The opposition party called on the Senate to note that some of the nominees have failed to defend corruption allegations against them.

“This includes a particular former minister from the North Central, who had admitted to the Independent Corrupt Practices and other related offences Commission (ICPC) of complicity in the N2.5 billion National Broadcasting Commission (NBC) fraud case, still pending in court.

“This is in addition to certain nominees who, as state governors, swindled their states, fleeced workers and committed several financial crimes for which they should rather be standing trial, instead of being rewarded with official protection as ministers.

“Our party notes that the gathering of corrupt persons as cabinet ministers is a clear pointer to a scheme by the cabal in the Presidency to further entrench corruption in our nation”.

The party urged the Senate to take a cursory look into the allegations of bribe-for-ministerial-slot, which have been making the rounds in the public space.

The PDP charged the lawmaking body to rise to the occasion and ensure that Nigerians are not totally let down.

“The PDP also invites the Senate to note that President Buhari has not demonstrated any commitment to the fight against corruption and for that reason, Nigerians now look up to the National Assembly to protect the nation from the excesses of the Buhari Presidency.

“The repositioned PDP has demonstrated this determination in our nominations for leadership positions in our party at all levels.

“The Senate is therefore urged to stand with the people in resisting the manipulations of the Buhari Presidency to ensure that only persons with clean records are cleared as ministers”, the statement added.