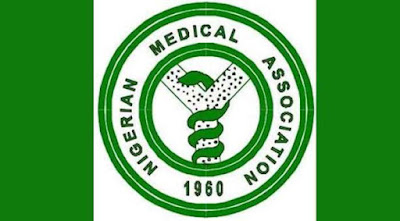 The President of the Nigerian Medical Association, Dr Francis Faduyile, has appealed to President Muhammadu Buhari to stop the kidnapping of doctors in the country.

This appeal, he said, became imperative because the continued abduction of doctors was capable of hampering health care delivery in the country.

In March 2019, two medical doctors, Sunday Oduniya and Audu Sule, were kidnapped in Taraba State and despite the payment of N12.3m ransom, their abductors had refused to free them.

On Friday, the Cross River State chapter of the NMA in a statement signed by its chairman, Dr Agam Ayuk, and the secretary, Dr Ezoke Epoke, announced that it had embarked on an indefinite strike over the kidnapping of one of its members, Dr Inyama Marcus, on July 18, 2019.


In an exclusive interview with our correspondent on Tuesday, Faduyile said it was sad that doctors on duty had become the kidnappers’ target.

He said, “It is not fair that doctors on duty are being kidnapped. You cannot continue to give your best when you are being harassed on your duty post. That led to the strike declared by the NMA in Cross River State because security of doctors is no longer guaranteed.

“Unfortunately, we have not heard anything about the two doctors who were kidnapped in Taraba State. It is almost four months that they have been in the custody of their abductors. We have appealed to the state governments to come to the aid of the NMA members and we are now appealing to President Muhammadu Buhari to also come to our aid. We met the President in his office at Aso Rock a week ago and pointed out the issue.

“In our last annual delegate meeting, one of the major issues we discussed was the security of our doctors. We are also creating awareness among our colleagues to see how we can get ourselves out of this development. However, securing all doctors and health workers is beyond the NMA and other affiliate unions in the health sector.

“Although President Buhari has assured us that one of his government’s priorities is to provide security for all Nigerians, we are appealing to the Federal Government to ensure security in our hospitals so that doctors can offer their best for the health of the nation.”