Some fans wished I had gotten married to Falz -Simi 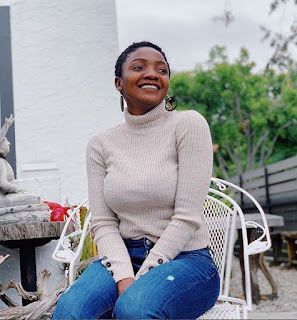 Simisola Ogunleye, Nigerian sensational singer and songwriter, has said some fans wished she had gotten married to Falz.

The singer who recently exited X3M Music made this known in a recent interview.

According to her: “Some people still tell me: ‘I still wish it was Falz you got married to’. At the beginning, Kunle and Falz weren’t friends at all. I don’t have a lot of friends in the industry. I and Falz just got along from the beginning. Nigerians said I and Falz were dating, we never said once that we were dating, at the end of the day, it's about selling the music”, she said.

Going down to the memory lane, the ‘Jamb Question’ crooner said it was hard when she started music.

On how she handles criticism, Simi said: ”I don’t give anybody access to my emotions, It is not just anyone that can make me feel bad. If you make me feel bad, it means I have to care about you on a certain level. The best advice I have gotten has been criticism. I actually like it when people criticize me. I don’t like ‘yes ‘men. If your criticism is coming from a bad place, I know. You can tell”.