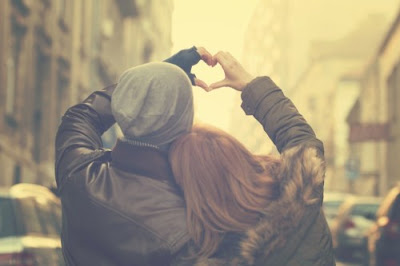 For some ladies who look to foray into the dating world, asking out their male counterparts comes as outright weird and is tantamount to them being overly desperate for companionship.

Others similarly think the move as irrationally overstepping gender pacts that put masculinity in the position to initiate relationships and would rather resort to non-verbal cues that eventually may not nudge guys into making the desired move.

But is this long-standing norm right? Should ladies always have to feign disinterest, play the evasive game and stick around waiting for life to happen to them as against looking out for Mr. Right and attempting to spark up a relationship?

Here are seven reasons why ladies should start asking their love interest (male) out.

The quest for Mr. Right

Too many women are hesitant to ask guys on dates and would hardly give the slightest inkling of their interest in their male counterparts, even when they’re ideally pining for such relationships on the inside.

As a woman, making the first move ⁠— beyond being a reference point as the relationship progresses ⁠— might prove to be the best bet at finding the man of your choice. It’s just a date, right? If you know what you want, why not go get it?

It can’t be more discouraging for men if they have to put lots of effort into chasing down an evasive crush and get the impression that such is not being reciprocated. Plus, most guys would undoubtedly love having it the other way round.

Women, who have been bold enough to ask, have severally reported that the move didn’t really intimidate them as many expected. It only tells that the lady the question means serious business and men such assertiveness.

You have a say

Strong women are already out there breaking the stereotypes, moving the frontiers of feminism forward, and overturning cultural vestiges that still uphold that practice of suppressing the female voice. Many others have taken even more daunting strides.

Unlike when ladies were taught to be mellow and forced under strict gender roles long before marriage, contemporaries have learned to exercise a degree of control over what comes their way and what doesn’t. Why should dating be any exception?

Aside from the fact that it could get pretty exhausting to always be expected to make the first move, your ideal man, who might share the same feelings as you, could be too shy to speak up because men are just as afraid of rejection as women are.

Worse is when the man you have a thing for happens to be an introvert. He might not have the guts to ask you out for fear of being ridiculed. Putting them out of their misery by popping the question might be the only way out. He’ll, no doubt, be flattered.

He’s unaware you’re crushing on him

With the disproportionate sex distribution in many societies today and so much distraction in the dating world that makes finding the right man somewhat difficult, chances that you’ll get noticed just by sitting on the sidelines are pretty much bleak.

It doesn’t help that most guys are terrible at picking subtle cues — something that could defy even the dexterity of a virtuoso flirt. Making the move comes with its own fulfillment. What’s the worst that could happen?

Ditching the awkward silence and accosting a guy to ask them out instead of having to watch your ideal man latch onto another lady could come with a soothing effect on your ego and help you get out of your own head.

But it’s not all bad news when you find that he doesn’t share the same feelings or that he’s into another lady. No one likes being rejected. Yes. But you get to learn to handle it and avoid living with the regret of not having tried in such cases.