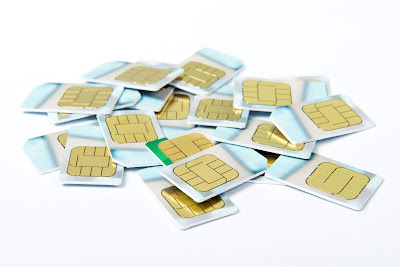 The Oyo State Police Command on Sunday advised the public to be vigilant in order not to fall victim to new tricks used by fraudsters to break into bank accounts.

The advice came following the arrest of 10 suspects paraded by the police command for alleged stealing and fraudulent SIM card swapping.

Speaking at a news conference at the Eleyele Police Headquarters, Ibadan, Police Commissioner Mr. Shina Olukolu, who made a shocking revelation of how the suspects used their new tricks to defraud Nigerians of several millions of naira, advised against responding to unknown callers asking about personal details and other information relating to bank accounts.


“Don’t give information to somebody you do not know. They (fraudsters) will call you to give certain information and as you give the information step by step, what follows is that your phone will go blank. After some minutes, it will be back again, and a few minutes later you will be receiving debit alerts via email. They have swapped your SIM card. That is exactly what has happened to many who have lost several millions of naira to these fraudsters,” he said.

The commissioner, while warning the public never to attend to unknown callers asking for details of their personal information, narrated how the police arrested the suspects.

He said: “On March 14, Adeniyi Ige, the Security Manager of Airtel Network Limited, reported to the police that his company received complaints from customers regarding withdrawal of various amounts of money from their bank accounts, through fraudulent SIM cards swapping.

“The complainants included Prof. Olapade James, the Dean, Faculty of Veterinary Medicine, University of Ibadan, who reported that on February 21, he experienced loss of signal on his line. Following this, he said he started receiving notification of debit alerts from his bank account via email, adding that N180,000 was fraudulently withdrawn from his bank account.

Olukolu said following the reports, an internal investigation was conducted by Airtel Network Ltd through their Closed-Circuit Television (CCTV) footage and traced the fraudulent SIM card swapping to ISON BPO, a call centre to network service providers, including Airtel Network, located in Ibadan.