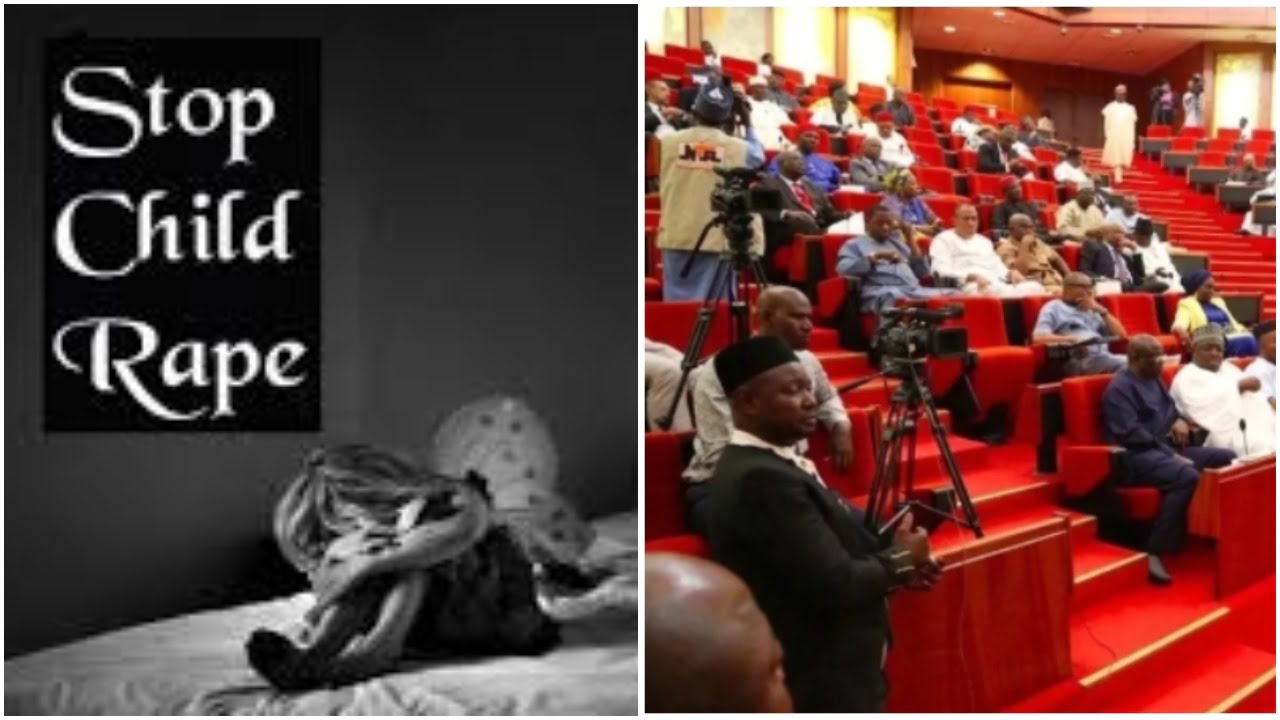 Worried by the incessant cases of child rape across the country, Nigeria’s Senate on Tuesday moved to frame laws that would make perpetrators face capital punishment.

Moving the motion on Order 42 and 52 of Senate rules, Senator Rose Oko representing Cross River North Senatorial district explained that victims of child rape have been on the increase, a situation she said was worrisome, urging the upper chamber to intervene.

“Mr. President, distinguished colleagues, I rise on order 42 and 52 of Senate rules to explain a very disturbing issue of child rape. Mr. President, I want to say that this matter is alarming and we need to deal with it. ”


Tinubu wondered what perpetrators stand to benefit from such heinous acts, adding that, “raping a child is synonymous to killing that child.

“Imagine a child who doesn’t know anything and was raped. If you ask the child victim to stand in law Court, what would she tell the judge? ”

Deputy Senate President, Ovie Omo-Agege stated that there were enough rape laws, stating that the challenges were those of enforcement and implementation.

According to him, Court judges perhaps have too much discretion, saying that Senate should review these laws is geared towards tying their hands in a manner that they would be forced to pass judgement without deciding otherwise.

“Judges have too much discretion. Even governors too have prerogative of mercy where they visit prison yards and set inmates free. ”

The lawmaker added that the school curriculum should also capture sex education from elementary level to higher institutions.

Adopting the motion, Senate President, Dr Ahmad Ibrahim Lawan upheld the prayers and also upholding the review of all relevant laws that would ensure capital punishment for offenders of child abuse.

Part of the payers sustained too was the training of the police and other security agents handling rape cases, while they also urged the public to serve as watchdogs against rape.