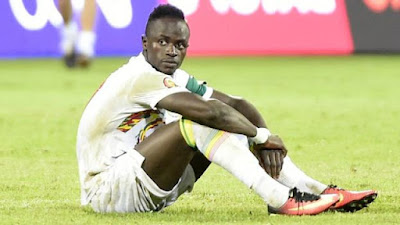 Sadio Mane will miss Liverpool’s Community Shield match against Manchester City as Jurgen Klopp confirmed he is to return from vacation on August 5.

The Reds star has gone through a busy summer, finishing out his club season with Liverpool on June 1 with a Champions League triumph over Tottenham.

He then joined up with Senegal for the Africa Cup of Nations, where he guided his nation to the tournament final, losing to Algeria 1-0 in the decider.

Liverpool meanwhile, are well underway with their pre-season preparations, and are in the midst of a tour of the United States.


Mane is not alone in his absence, as Roberto Firmino, Alisson Becker, who both featured for Brazil’s Copa America winning side, and Mohamed Salah, who starred for Egypt at AFCON, are also on extended breaks.

However, with Mane’s tournament ending the latest – the final was July 19 – Liverpool manager Klopp confirmed he will return the first Monday of August.

Doing so means he will miss the Community Shield against City the day before and will have less than a week to prepare for the Premier League opener against top-flight returnees Norwich City.

“He is in good shape,” Klopp told the club’s official website.