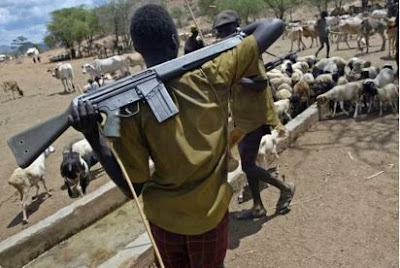 Christian Association of Nigeria, CAN, Southern part of the country on weekend cautioned the people of the area to remain vigilant even with the suspension of the controversial RUGA settlement for Fulani herdsmen.

The secretary of CAN in the 17 Southern States, Dr. Joseph Ajujungwa made this warning in a statement issued to pressmen.

Ajujungwa, who said the suspension of the programme by President Muhammadu Buhari may not be its end, said there was every indication “though it is claimed that it has been suspended, the underground work is still going on.”

He called on every Southerner “to be watchful”, stressing that “even as we pray, we don’t need to keep quiet; they are experts in underground work.”

He added that “we do not have land to give to anybody as a grazing field or colony and we call on the South East governors to maintain their stand that they do not have such a place.

Do you know what it means to give 10 hectares of land to herdsmen? We say no to that.

“As CAN, we will preach it from our pulpit, every Imam should peach from the mosque and the traditionalists should stand against it; nobody should relent; no land should be given; any traditional ruler that does that should be dethroned.

“In the North, we have largest hectares of land, very vast that nobody is occupying.

Why are they not building the ranches, Ruga of whatever there? They can come here, take grass and go, and we buy cow in exchange, just like the governors said. We do not have such mass land required.”

“We are also calling on the Federal Government to be mindful of what they are doing because cattle rearing is a private farming business.

Why should the government support individual cattle farmers against other farmers?”

On the threat and ultimatum issued by a coalition of Northern Youths, Ajujungwa said “they should understand that nobody has the monopoly of violence.

“CAN is calling on all Christians, all law abiding citizens of the Southern Nigeria to please watch and pray. Watch means that you must open your eyes to see what is going on and therefore pray; do not relent.

“Anybody that is coming to buy land now, in the name of business, factory, and what have you, let us be cautious in dealing with the person, because their plot is to turn such into colony”, the statement reads.