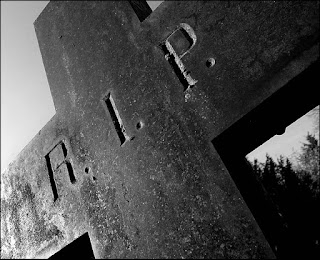 Officials of Oshodi-Isolo Local Government have evacuated the corpse of a newborn baby dumped inside the canal along Wuraola Street, Ladipo Oshodi area of Lagos.

The corpse was later deposited at the morgue.

The corpse, wrapped with baby shawl and pampers, was found in the canal by the residents of the street who alerted the local government.

One of the residents, Mrs. Adigun Tawakalitu, who was among those who first saw the corpse, said the lifeless body of the infant was disposed in a manner that it would be easily noticed by every passerby.


She said: “This is shameful and must not be encouraged as our youths now engage in promiscuity at free will. How can someone in her right senses do this type of thing? If their parents had done same to them would they have been alive? Moreover, whoever is engaged in sex without protection should be ready for the consequences.”

Another eyewitness said the innocent baby might have been dropped by an irresponsible girl, lady or woman who thinks she doesn’t need the baby or not ready to take the responsibility of her upbringing.

The head of Environmental Services, Oshodi-Isolo Local Government Mr. Akeem Adeoye, warned the public to desist from the act of murder and gross irresponsibility because the law would take its course on whoever caught in the act.

He appealed to parents and guardians to increase their parental guide on their children especially young ladies whom he advised to be extra careful and ready to take responsibility when they engaged in sexual activities.

In the same vein, the Secretary to the Local Government (SLG), Isolo Local Council Development Area (LCDA), Emmanuel Olojede said a woman dragged by flood to the community by heavy rain has been transferred to the Lagos State University Teaching Hospital (LUTH), Mushin for further treatment.

The woman, whose name is yet to be ascertained, had been initially evacuated by health local council health workers upon a distress call that was placed through having been saved by community residents who noticed her in a canal at Amosu Street.

Olojede said, “The woman has been rescued, she’s alive and receiving treatment in Lagos State University Teaching Hospital. When we got the call, I alerted the appropriate quarters who immediately switched to action to rescue the woman. At first, she was taken to Ilasamaja Primary Health Centre but, upon medical analysis, it was discovered that there is need to transfer her to the general hospital.

“We contacted the Lagos State Ambulance Service LASAMBUS and they came to pick her along with her mother, because we got to locate her mother. She was taken to Mushin general hospital before being transferred to LUTH.”