Reasons why Arsenal dumped Zaha to sign Pepe from Lille 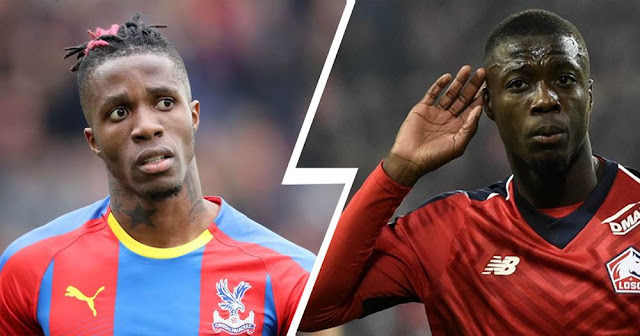 Arsenal have reached an agreement with Lille to sign Nicolas Pepe in a club-record deal to leave Wilfried Zaha in transfer limbo, the UK Mirror reports.

The Ivorian winger is set to head to the Emirates in a £72m transfer.

However, the staggering fee will be paid in installments.

The Gunners had made his compatriot, Wilfried Zaha, their primary transfer target, but had an initial bid rejected by Crystal Palace, who are holding out for close to £80m.

The Gunners only wanted to pay a small sum up front and have now switched their attention to 24-year-old Pepe with the Ligue 1 willing to accept their staggered payments.


Zaha has made no secret of his desire to leave Crystal Palace this summer and had his heart set on a move to boyhood club, Arsenal.

But it now appears he will stay at Selhurst Park next season except Everton firm up interest in him.