Probe of ex-governors Abubakar, Yuguda, not a witch-hunt – Bauchi gov 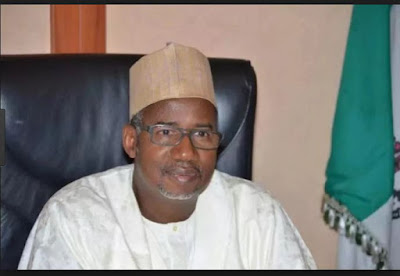 Governor Bala Mohammed of Bauchi State has said the inauguration of the Assets and Funds Recovery Committee in the State to recover assets and funds allegedly taken away by officials of Isa Yuguda and Mohammed Abubakar’s administrations is not meant to settle old scores neither witch-hunt.

The governor who on Thursday formally inaugurated the 19-man committee to recover all assets and funds allegedly diverted from the state by individuals, which is not in accordance with the provision of the law, said no responsible government will bear the situation where the state resources is being misappropriated.

Mohammed said: “ If this State of financial profligacy is allowed to  go unchecked, we may wake up one day to have our state reduced to the status of a glorified or amplified Local Government”

“These glaring facts clearly show how the serious business of government in Bauchi State was conducted with reckless abandon, corruption and impunity. No responsible government will bear this situation which is pushing the state further into abject poverty, serious abandonment and decay.”


“The exercise is not a witch-hunt. It is not meant to settle old scores either. It is meant to recover our misappropriated commonwealth and reset the button, so that integrity, probity and accountability will henceforth remain the guiding principles as well as article of faith in the conduct of government business”

He, therefore, charged the Committee to be focused resourceful and remain unemotional in the discharge of their assigned responsibilities.

The Chairman of the Committee is Sen. Isa Misau while  Prof.Sylvester Shikyii, a  Senior  Advocate of Nigeria, (S.A.N)  is the Secretary.

The committee was given three months to submit its report to the governor.

The Chairman of the Committee  Sen. Isa Misau assured that the Committee will carry out its assignment with all sincerity without harassing anybody as he solicited for support from the public.

The committee is to ascertain and appraise all cases where government’s developed landed properties were disposed of by past administrations from May 2007 to May 2019, with a view to determining the legality or otherwise of the transactions that culminated in the disposal of the assets and recovering them for the state.

The terms of reference of the Committee includes: “ To identify and compile a comprehensive list of state government properties which include real estate , shares , funds or any other movable and immovable asset of the same  kind, an actual or constructive possession of any person or corporate legal entity whosoever and wherever it may be located in Nigeria and recover them for the State”