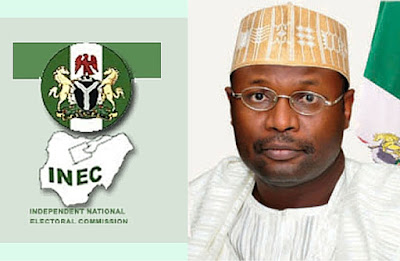 The court gave the order Wednesday following a complaint by the Peoples Democratic Party (PDP) that the subpoena served on both INEC officials, since July 12 and 15, have not been complied with.

According to the tribunal, INEC chairman Mahmood Yakubu is to appear before 12 noon on Thursday or risk a court action against him.

The court also ruled that the resident electoral commissioner in Zamfara State should appear with Mr Yakubu at whatever cost.


“Since the record of the court shows that the Chairman of the first respondent, INEC and REC Zamfara were duly served to produce document named therein.

“The Chairman and REC Zamfara, as well as the legal team representing them in this matter, are to comply with the order.

“They have the duty to comply and obey the subpoena

“They have been directed to produce documents in the subpoenas by 12pm tomorrow,” the tribunal ruled.

The tribunal chaired by Garba Mohammed gave the order after PDP lawyers said they served copies of the court’s subpoena on the INEC officials since July 12 and July 15, respectively.

While the PDP said it submitted the copy of the subpoena to the REC in Zamfara on July 12, that of Mr Yakubu was reportedly served on him on July 15.

The PDP has accused INEC of conniving with the ruling All Progressives Congress to ensure the success of the President Muhammadu Buhari in the February presidential election.

The PDP argued that its candidate, Atiku Abubakar, won the elections but was cheated by INEC who declared Mr Buhari winner.

Mr Buhari was declared the winner of the election with 15,191,847 votes.
Mr Abubakar, his closest challenger, polled 11,262,978 votes according to the declared results.