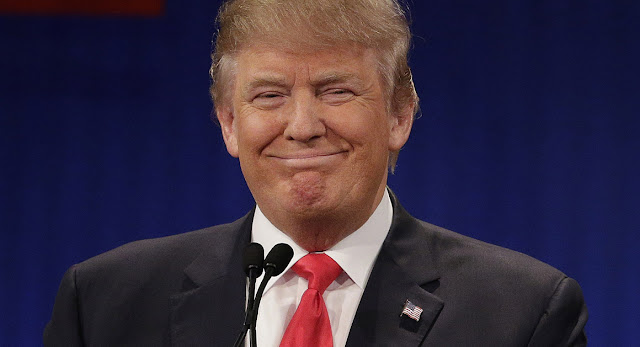 US President Donald Trump was hit with new accusations of racism Saturday after he attacked a prominent African-American lawmaker and branded the majority black city of Baltimore an “infested mess.”

Trump’s outburst came in a series of sharply worded tweets aimed at Democratic Representative Elijah Cummings — a high-profile critic of Trump’s administration whose district covers much of Baltimore.

“No human being would want to live there,” he said — in an attack ostensibly provoked by Cummings’ criticism of the harsh conditions facing would-be asylum seekers at the US-Mexico border.

The morning diatribe ignited a storm of criticism, less than two weeks after the House of Representatives condemned Trump for “racist” comments targeting four first-term Democratic congresswomen who are ethnic minorities.

The top Democrat in Congress, Nancy Pelosi, accused Trump of a “racist” attack on a “champion… of civil rights and economic justice, a beloved leader in Baltimore, and deeply valued colleague.”

“We all reject racist attacks against him,” wrote Pelosi — who was born in Baltimore and whose father served as mayor of the city.

Former vice president Joe Biden — the Democratic frontrunner to challenge Trump in 2020 — called out the president directly on Twitter.

“It is despicable for you to attack him and the people of Baltimore this way,” Biden wrote. “Once again you have proved yourself unfit to hold the office. A President is supposed to lift this nation up. Not tear it down.”

There was similar condemnation from half a dozen White House candidates including Cory Booker, who tweeted footage of a black CNN anchor and Baltimore native who broke down on air while reacting to the attack on his home city.

“This is painful. This is a moral, defining moment in America,” wrote Booker. “Silence is toxic complicity.”

– ‘Disgraceful’ –
Democratic 2020 contender Kamala Harris, who like Booker is black, likewise weighed in saying she was “proud” to have her campaign headquarters in the Cummings district and calling Trump’s attack “disgraceful.”

“It’s completely unacceptable for the political leader of our country to denigrate a vibrant American City like Baltimore, and to viciously attack US Representative Elijah Cummings,” Young wrote in a statement.

A historic port city of 600,000 people, Baltimore presents a mixed picture, with both handsome and affluent neighborhoods and large poverty-stricken districts. It has one of the country’s highest murder rates.

Cummings’ district is more than 50 percent black — and the city of Baltimore as a whole more than 60 percent.

Cummings himself tweeted: “Mr. President, I go home to my district daily. Each morning, I wake up, and I go and fight for my neighbors. It is my constitutional duty to conduct oversight of the Executive Branch. But it is my moral duty to fight for my constituents.”

As chairman of the House Oversight Committee, Cummings — one of the most prominent African Americans in Congress — has launched investigations into Trump administration policies, including reports of poor treatment at migrant detention centers.

“Rep. Elijah Cummings has been a brutal bully, shouting and screaming at the great men & women of Border Patrol about conditions at the Southern Border, when actually his Baltimore district is FAR WORSE and more dangerous,” Trump charged.

The attack was reminiscent of Trump’s recent, racially-charged onslaught against the four young Democratic lawmakers, all women of color, who he said should “go back” to the “crime infested” places they came from. In fact, three were born in the US and all are American citizens.

In an op-ed piece for The Washington Post late Friday, 148 African Americans who served under former president Barack Obama pledged their support for the four “as well as all those currently under attack by President Trump.”

Trump denies accusations of racism — and has made a point of pushing for the release of US rapper A$AP Rocky, held in Sweden on assault charges, in an apparent effort to curb his unpopularity with black voters.

But his calculated targeting of the “Squad” — as the four are known — was widely seen as a bid to galvanize his mostly white electoral base as he gears up for next year’s reelection battle, at the risk of enflaming racial tensions.