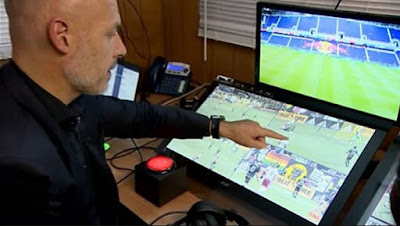 The Premier League says there is “no doubt” video assistant referees (VAR) will cause controversy next season but it is “prepared” for it.

VAR will be used in the English top-flight for the first time in the 2019-20 season.

It has been controversially used in World Cups, Champions League and some domestic cup matches in recent seasons.

But Premier League’s interim chief executive Richard Masters says it is “ready to launch it” after testing.

“We have spent two years working up to this point, and we were committed to doing it in our heads for two years,” Masters said.


“I have no doubt it will create some controversy because it is about the big decisions but we are prepared for that.

“We have been training and testing and making sure when it happens, particularly on Saturday afternoons when we have got multiple matches going on, that we have a number of VARs trained.

“We feel that is done and we are ready to launch it.”