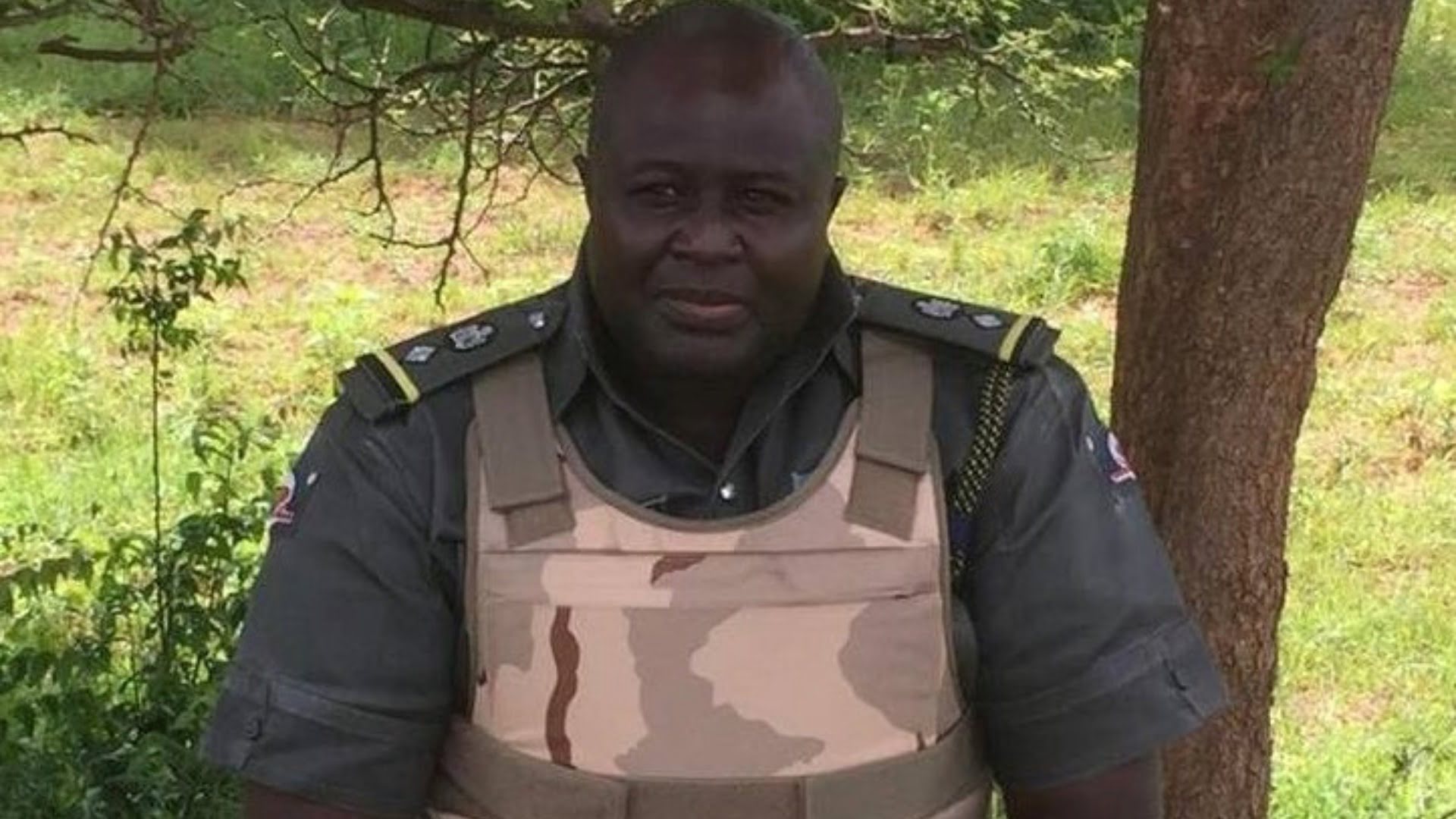 One of the award-winning brave policemen fighting Boko Haram, CSP Dauda Buba Fika, is currently fighting for his life despite selling his family house for medical treatment abroad.

Fika was years ago deployed by the Nigeria Police Force (NPF) to battlefront and led many successful counter-insurgency operations in the North-East.

The officer was head of a team of security joint-task force that flushed out Boko Haram fighters from Fika town in 2016.

Also, Fika once led a rapid response squad to rescue 18 policemen who were held hostage by extremists in Borno. 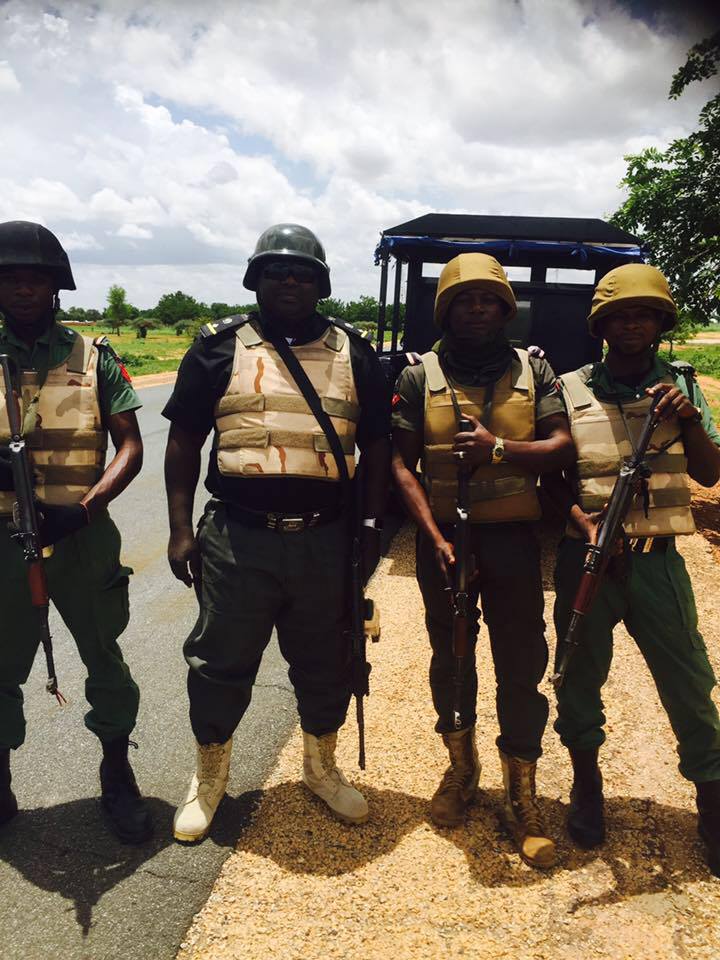 But life has not been the same for him after he was shot by troops of an Army Battalion in Yobe State on 13 April, 2017, and sustained a life-threatening injury in his hip.

Fika, who was the Commander of Mobile Police (MOPOL) 41 before he was shot, told PRNigeria from his London hospital that his predicament started in April 2017, when some policemen travelling in his convoy had a minor scuffle with a soldier at a traffic, in Damaturu, capital of Yobe.

A son of former Assistant Inspector General of Police, late AIG Buba FIKA, said though the altercation was eventually settled, some hooded soldiers stormed his house, tortured him and later whisked him away to a military base inside a bush in the outskirt of Damaturu, the next day. 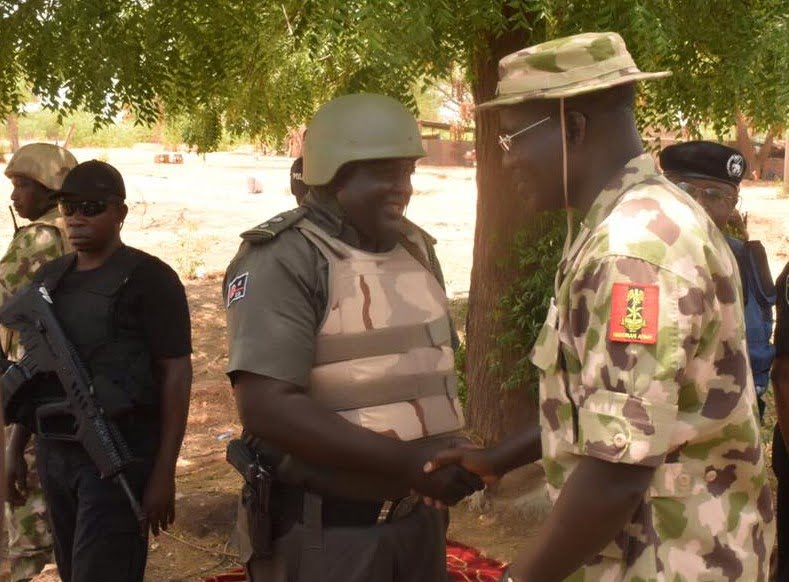 His words: “I was taken to an Army Battalion from my house. The soldiers, who whisked me away would have killed me when we arrived at their Battalion. They threw me and one other MOPOL officer inside a ditch and they cock their rifles to shoot. But a senior army officer immediately arrived the scene, and I was taken out of the ditch.

“The army officer took me to his office, and ordered me to go and calm my boys, who had already laid siege at the entrance of the Battalion. By then, my boys were already shooting into the air sporadically. They were insisting that I must be released unhurt. So, I came down to meet my boys. They lifted and threw me into the air to welcome me, when I got to their place.

“They touched my body to check if I was fine and wasn’t hurt. I eventually calmed their frayed nerves, and ordered them to go back to their base. They all left, leaving behind two other MOPOL officers and myself. But it was at that moment, some soldiers who we did not know were trailing us opened fire.

“They killed the two people with me. I was shot twice in the hips and left in a pool of blood. But thank God, a high-ranking Army officer, who came and met me lying on the ground ordered that I should be taken to the Army Hospital. It was while I was there that the State Police Commissioner called to inquire if I was truly the one alive.

“After we spoke, the Commissioner directed that I should immediately be flown to Abuja for better medical attention. And because the Nnamdi Azikiwe International Airport was closed for rehabilitation then, I was first taken to Kaduna, and treated in a Hospital. The next day, I was brought to CedarCrest Hospital in Abuja by an ambulance,” he calmly narrated.

At the Abuja-based private hospital, PRNigeria gathered that Mr. Fika was wrongly diagnosed by a doctor of having a ‘large’ tumor inside his head after he complained of severe headache and dizziness.

The doctor who performed the MRI scan and diagnosed him of having ‘tumor in the brain,’ immediately carried out a surgical operation on Fika’s head. No sooner had the operation performed, than the MOPOL commander started having an acute migraine and experiencing other intense pains.

But the medical surgeon had by then left the country, after realizing he incorrectly diagnosed and operated a patient.

It was at that time Mr. Fika, who was a Chief Superintendent of Police (CSP), received a timely aid from the Police Force, who fully sponsored the cost of his medical surgery abroad.

But he has been paying (by himself) for accommodation and medication since he traveled to the United Kingdom for another surgical operation.

The distraught MOPOL Commander, who said he will be returning to Nigeria soon, expressed shock that the Nigerian Army (NA) did not reach out to him to render any assistance.

“I am surprised the Nigerian Army didn’t reach out to me since then. I strongly believe the Chief of Army Staff, Lt General Tukur Buratai could have assisted if he learned of my present predicament considering my exploit in a joint military-security operation in the North-East.

“I must thank the leadership of the Nigerian Police for their uncommon love, generosity, and kindness in the payment for the operation while I shoulder my accommodation and living cost here in London. Nevertheless, I will still plead to our indefatigable and dynamic Inspector General of Police, who is my Boss and the Chief of Army Staff to assist me financially.

“Meanwhile, contrary to what the CedarCrest Hospital’s doctor said, I was told by my doctor here, that I never had any kind of tumor in my head. Yet, another surgery was then performed, where the doctors removed an infection which was affecting both my eyes and tooth,” he said.

He called on the Police to file a suit and also seek damages from the ‘quack’ doctor at Cedar Hospital who wrongly operated him, maintaining that the ‘ill-fated’ surgery only aggravated his deteriorating health.

“Though I have since lost my sight, I remain grateful to Allah for keeping me alive. My doctors in London successfully replaced my natural hip with an artificial hip. And right now, I am learning to walk steadily with the support of aid. With time, I will be able to walk unaided, my doctors have assured me.

“But the thing is, I don’t know where I am going to start from once I return to Nigeria. I don’t know where to go. I sold everything I have to gather money for my medication and accommodation in UK. I sold my entire belongings, house, cars, you can name them. I even had to sell our family house, and relocated my extended family members to rented apartments, just to raise money for my treatment. It is very traumatic.

“As I speak to you now, my landlord in Nigeria, who gave me a quite notice some months ago, has already ejected my belongings out of his estate. I don’t know where to go. I don’t know who I will run to for help. My health condition is becoming critical. I am suffering and dying gradually,” he told PRNigeria in an emotion-laden tone.

It was, however, gathered that media coverage of Fika’s plight since Sunday July 14 have caught the attention of Army and Police hierarchy.