5:15 AM CuteNaija 0 Latest News in Nigeria 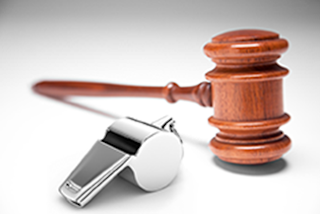 The police have arraigned a whistle-blower, George Uboh, for alleged defamation against the Governor of the Central Bank of Nigeria, Godwin Emefiele.

The charge sheet, which an online medium, SaharaReporters, published on its website, was filed at the FCT High Court, Abuja, following a petition against the CBN governor for alleged N232bn fraud.

One of the counts read, “That you George Ubom ‘m’ on or about the 12th day of May, 2019, within the jurisdiction of this honourable court, did give information which you know or believe to be false that Mr Godwin Emefiele, governor of Central Bank of Nigeria under-declared or under-remitted the sum (of) N232bn ($760b) (sic) exchange gains by CBN which accrued from Bureau de Change to Federation Account in 2017; your action is capable of tarnishing the image of the governor of Central Bank of Nigeria and you thereby committed an offence punishable under Section 140(B) of the Penal Code.”

Emefiele, in a leaked audio clip published in May, had allegedly claimed N500bn was missing.

The recording, which was published by SaharaReporters, showed Emefiele, his Deputy, Edward Adamu; the Director for Finance, Dayo Arowosegbe; and one of the special advisers to the CBN governor, Emmanuel Ukeje, allegedly discussing how to cover up the loss of over N500bn stolen from the CBN in a private investment that had failed.

In one of the clips, the CBN governor was presented as saying that the Ministry of Finance, as well as the National Assembly, must not know about the development.

Also, N2bn was said to have been earmarked for the Economic and Financial Crimes Commission for no clear reason.

The CBN had since claimed that no N500bn was missing in its accounts.