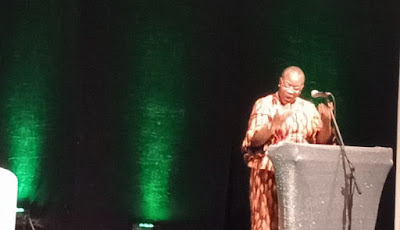 Ezekwesili delivered a keynote address  in Lagos at the 11th  Wole Soyinka Centre Media Lecture Series with the theme ‘Rethinking credible elections, accountable democracy and good governance in Nigeria’, in commemoration of the 85th birthday of Professor Wole Soyinka.

According to the former Minister of Education during Obasanjo’s tenure,:”The sanctity of the Nigerian man is under significant threat because of the failure of the government to uphold that sanctity. This means that we must all rise to demand a complete rethink of the kind of democratic processes that lead to poor governance.

“If our democratic processes over a period of 20 years has only but delivered a devaluation of the Nigerian life, then it must be scrutinized .It calls necessarily for a broad conversation.


“We must save our democracy from blemish.Our current democracy is blemished because of its inability to deliver the desirable outcome for citizens .If the citizens do not feel the sense of improvement, that must be corrected”.

Ezekwesili also argued that the citizens must realize how important their role is. She called on Nigerians to hold the government accountable because the office of the citizen is the most important office in a  democracy.

“We have had 20 years of uninterrupted democracy but if we stop at that, we have done damage to the psyche of Nigerian citizens whose power to vote is the basis of democracy.

“Another indicator that is clear is the indicator of human capital development.

In all measures of human development, Nigeria comes out a mediocre.We have not attained a five out of a possible ten. When you think of economic growth which is the driver of reduction in poverty, you find that good governance is still a dream. The reason being that in the past almost five years,  we have been at the lowest level of growth”.