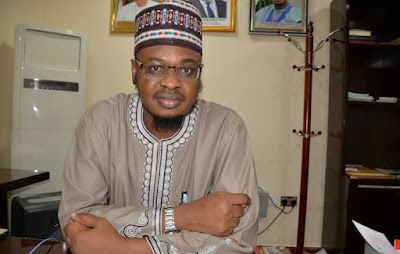 Dr Isa Pantami, a ministerial nominee has said that many investors are scared of investing in the country’s IT sector because the nation’s image has been badly portrayed, especially in the media.

The nominee, who is currently the Director General of the National Information Technology Development Agency (NITDA) said this while responding to questions from lawmakers during his screening at the National Assembly on Friday in Abuja.

Pantami was nominated by President Muhammadu Buhari along other 42 nominees that will constitute the federal cabinet.

The News Agency of Nigeria (NAN) reports Pantami, 46 years old from Gombe state was among the seven nominees screened by the Senate on Friday.


He said the Information Technology(IT) sector if properly promoted and positioned could attract investors who would create hubs, employ Nigerians and reduce the rate of unemployment.

“Our image is worse than the reality,”he said.

Pantami said that the government needed to work on improving the image of the nation to encourage investors.

Speaking on his stewardship at NITDA, Pantami said since 2016 he assumed office, the agency has been repositioned as the IT clearing house of the nation and saved the country over N16 billion..

“We have enforced local content policies which have helped in discouraging procurement of foreign IT products except when we cannot produce such goods in Nigeria.

“We have increased the number of Original Equipment Manufacturers to 265,000 and established IT hubs in 246 institutions across the country,” he said.

On enhancing the services of the Nigerian Communication Satellite Limited (NIGCOMSAT), Pantami said the agency would perform better if commercialised.

He said that NIGCOMSAT had played a great role in providing data for security intelligence, aiding communication in the country and commercialising it would enhance its performance.

The director general said that privatising the agency would mean surrendering the security of the nation to private institution’s hand.

The ministerial nominee said there was need for the country to embark on digital literacy across the nation which would enhance IT knowledge in all sector.

The nominee added that the literacy should start from the teachers of IT in schools to ensure they could impact the desired knowledge to their students.

He called the creation of multiple IT hubs to aid digital literacy, adding that the agency had created seven in the past and if given the opportunity would increase the number.

Pantami decried the high percentage of out of school children stating that state governments needed to work to ensure the number was reduced.

He also emphasised the need for increased budget for the education sector, free education and laws that would compell parents to send their children to school

According to Pantami, children who are orphans should have special packages that will enable them go to school when their foster parents cannot ensure their education.

He assured the screening committee that if given the opportunity to serve as minister, he would deploy his wealth of experience into changing the sector of his prospective portfolio.

NAN reports that the Senate so far, has screened 31 nominees while the remaining 12 are expected to appear before the red carpet on Monday and Tuesday.