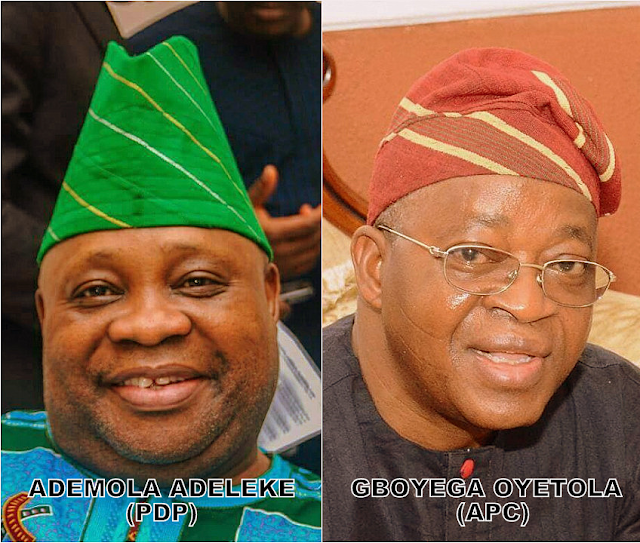 Adeleke got into politics after the death of Isiaka, his elder brother. He replaced Isiaka as representative of Osun west senatorial district and was referred to as “dancing senator”, especially on social media, because of his skills.

Many videos of Adeleke dancing surfaced on the internet after he joined politics.

Speaking while receiving the leadership of the Social Democratic Party (SDP) led by Yemi Farounbi, a professor, Oyetola hinted that Adeleke ought to have been screened out of the race.

He said the lack of control in Nigeria’s electoral system gave his PDP opponent the opportunity to run against him.

“The country’s electoral system is weak, especially regarding the screening of candidates which gave room for somebody like Ademola Adeleke to contest for governorship seat of the state,” he said.

“Sometimes when I sit down and realise that I was actually contesting with Adeleke, who is best at dancing, I felt ridiculed, very ridiculed. It would have been a tragedy for our state if the whole thing had turned the other way round.

“Anybody that is seriously concerned about the development of the state would at least be interested in whoever is going to pilot the affairs of the state.

“One wonders why the country’s electoral laws would have allowed that guy to even contest in the first instance. We don’t have control. Even in the north where we believe they’re disadvantaged in terms of education, they put in the best always. See whoever goes for any political office in the North is always the best of their stuck.”

Farounbi said he visited the governor over his victory at the supreme court. Adeleke lost his bid to unseat Oyetola through the court.