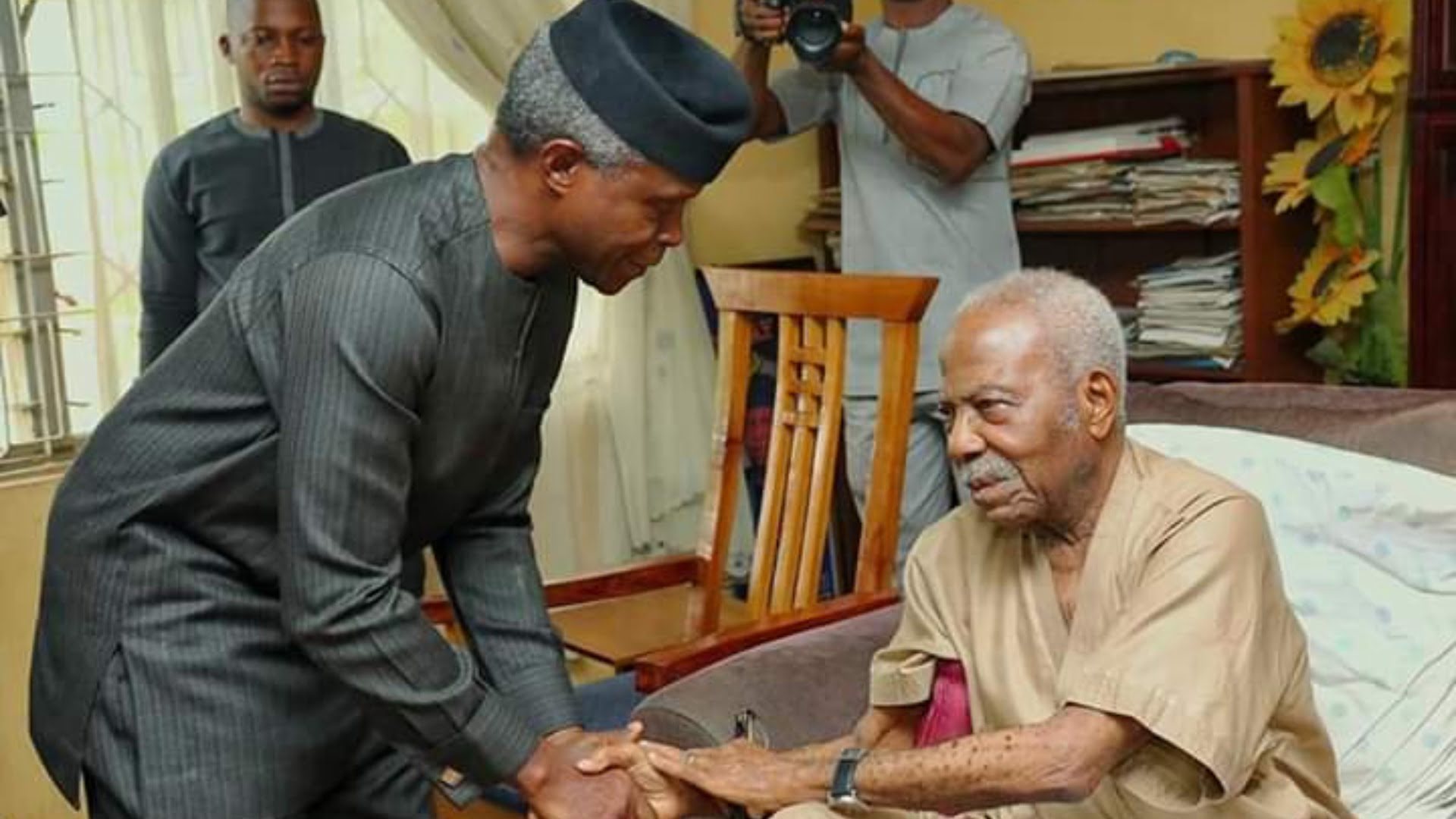 Vice President, Professor Yemi Osinbajo this morning arrived the residence of the Afenifere leader, Pa Reuben Fasoranti, over the murder of his daughter, Mrs Funke Olakunrin along Benin-Sagamu on Friday last week by suspected herdsmen.

The Vice President, who arrived at 9:10am, was accompanied by Governor Oluwarotimi Akeredolu of Ondo State and Special Adviser to the president on Political Matters, Senator Babafemi Ojudu, described the killing of the 58-year-old daughter of the Afenifere Leader as a massive tragedy. 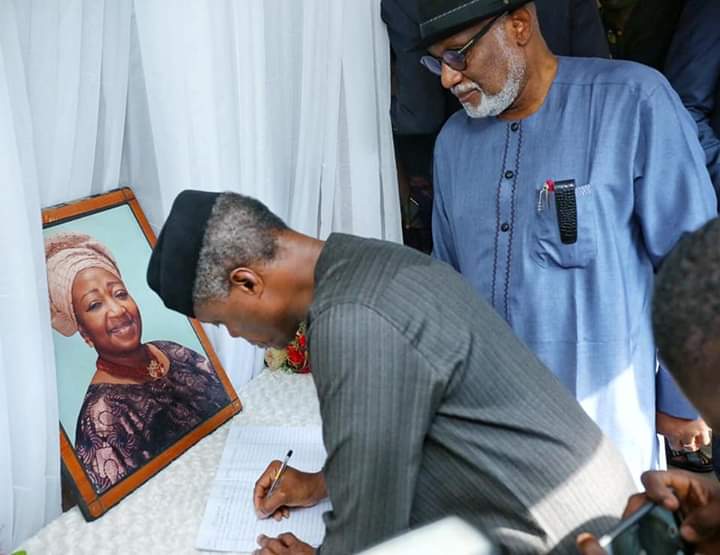 Speaking to journalists at the Akure residence of Pa Fasoranti, Prof. Osinbajo reiterated the importance of community policing system to combat crimes in the country and also explained the importance of intelligence gathering for effective policing.

“As you know, I’m here to commiserate with the families of Olakunri and Pa Rebeun Fasoranti.


“The President has very recently met not only the service chiefs but also the IGP and he has laid out a new policy of the community policing. 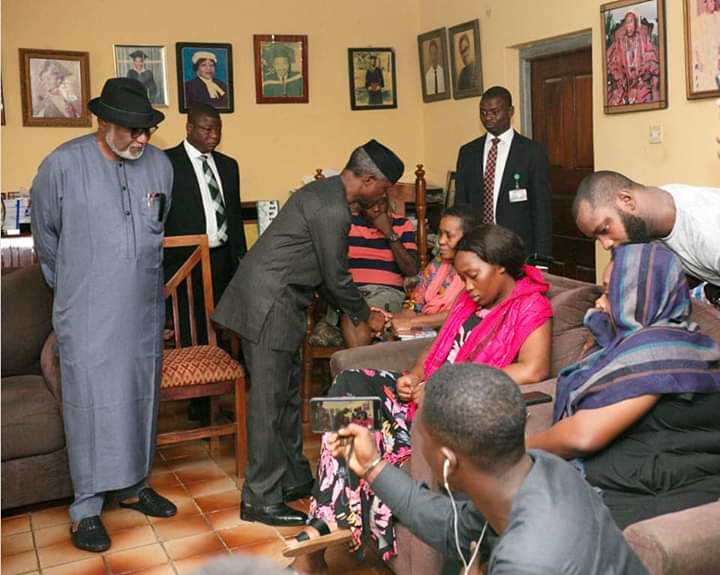 “One of the most important things is this sort of crimes, because they are largely economic crimes, people are trying to make money by kidnapping.

“Another important thing is the intelligence gathering that is why we have the community policing system where policemen would be trained in their own local government and they would remain there,” he said.

According to Osinbajo, the government would also be engaging the military to mount the flash points on the roads in order to boast its community policing system. 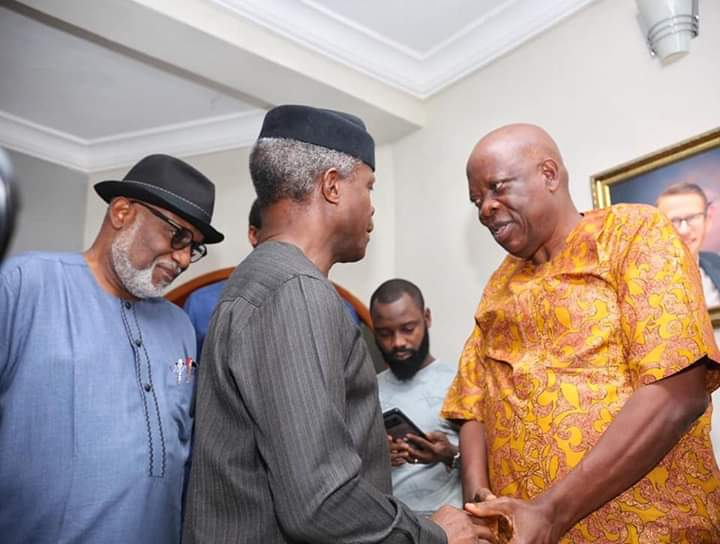 He explained further that the Inspector General Police (IGP) had already committeed to ensuring that there was full coverage of the police, and even helicopters.

“As close as we get to the community policing structure that we expect to have while we are engaging the Army so that there will be a bit of more military presence especially along the roads.

“This is to fasten the search for these killers and also to ensure that there is adequate presence to deter this kind of terrible situation from reoccurring. 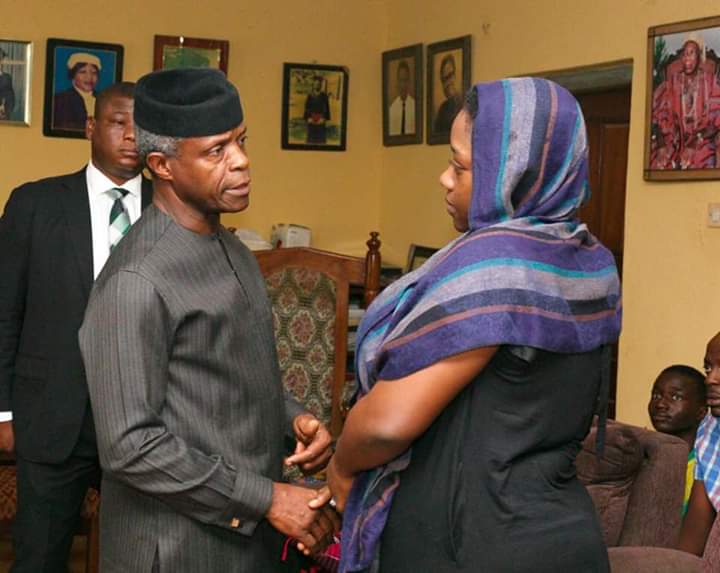 “Security in a big country like Nigeria as you can imagine the challenge is dynamic and the we also have to be consistently dynamic in ensure that we are able to beat the challenges as they appear.

“I think that we can be very hopeful that we would see peace and calm as some of the steps we are taking come fruition.

“You know also we meet with the Governors in South West and in the different zones and everybody is coming to ensure that security is adequate and every feels safe and secure,” Osinbajo said.