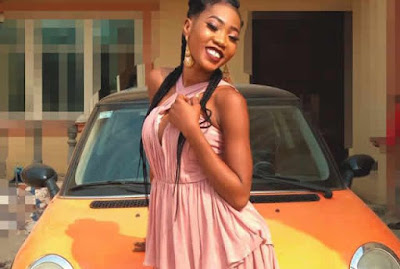 Jimoh denied the allegations, saying he never had physical contact with Omo Ibadan.

In a new development, the humorous actress noted that she decided to talk about it because she felt the need to speak for others who might be suffering from such experiences.

According to her: “I alleged that he molested me sexually. For the record, when the whole thing started, I informed my family and a few older people in the industry about it. They asked me to keep calm and move on. If I wanted to institute an action then, I would have (done so).

“I felt I needed to be at peace with my mind as regards the issue, and to give a voice to whoever is suffering or has suffered the same fate as mine, hence the outburst. Like I said on my Instagram page, the molestation of a woman is a desecration of her values. Rape trend or not, we all have our ways of addressing issues peculiar to us.


“For the record again, I maintain my stand and I reiterate all I have said without any equivocation, save for the fact that I do not intend to do further than I have done so far, having found my peace, and because of the intervention of some persons I respect like Mr Latin and Mr Yinka Quadri.

“However, if anyone feels he has been defamed by my outburst or allegation, let him seek redress and I will furnish the right quarters with my evidence,” she said.