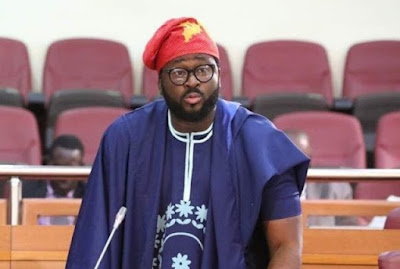 Celebrated Nollywood actor and politician, Desmond Elliot has called on the Federal Government to ban the influx of foreign movies in order to help Nollywood grow.

Elliot said this in an interview with HIP TV.

“Ban all foreign content, you know, make it difficult for foreign content to come in, so your own local content can grow and then, you need to support,” he said.

Elliot also noted that the government needs to create an enabling atmosphere for the entertainment business to flourish.


In a new development, Nigerians on Twitter slammed the lawmaker over his statement.

Desmond was re-elected into the Lagos State House of Assembly on March 9.

He came under fire early this year when he tweeted news of the commissioning of the public biofil toilet at Love garden field Surulere.

The toilet, according to him, was donated by the Lagos State Commissioner for Transportation, Ladi Lawanson.

In another tweet on Thursday, Desmond said “This isn't just a building, not is it just a toilet, but one that converts waste to manure so nothing is wasted as we keep the environment clean.”

Nigerians then took to Twitter to accuse the Lagos lawmaker of doing too little for his constituents.