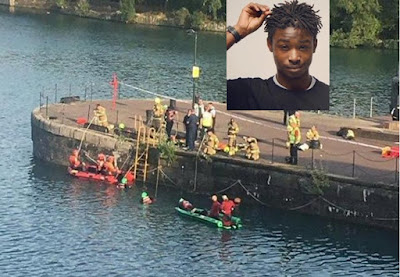 Jonathan, 23, who was Illustration student at Camberwell College of Arts, London, was reported to have vanished while swimming with friends at Shadwell Basin on Tuesday evening.

Jonathan was one of three people who drowned in the Thames within three hours, after a 47-year-old swimmer died in Kingston and another person vanished in the water at Waterloo Bridge.

As reported by Yahoo! quoting the Evening Standard, Jonathan lived in Catford and was a keen skateboarder.


“He was due to enter his final year at Camberwell College of Arts, part of the University of the Arts London,” his distraught dad said.

His father said the young man was a competent swimmer, but added: “Nobody expected him to be in that water. It was unusual for him to go and swim there.”

Head of Camberwell College of Arts, David Crow, paid tribute, saying: “Everyone who met him was charmed by his sweetness and individuality of spirit — he was a winning combination of dreamy, funny and thoughtful.

“It is a tragedy we will not see his talents develop further.”

The RNLI, police and London Ambulance Service have all renewed warnings about the dangers of swimming in cold water, the medium has reported.