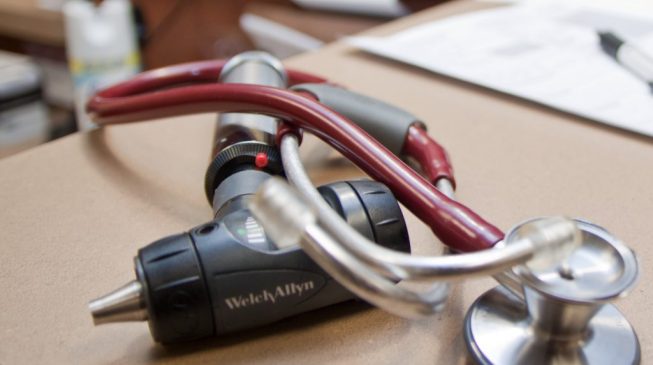 Harvey Oluwafunmilayo, a UK-based Nigerian doctor, says Nigeria does not have value for human lives.

Reacting to the death of one of his colleagues at the Federal Medical Center, Yenagoa, Bayelsa state, on Thursday, Oluwafunmilayo lamented the rot in the health sector.

The deceased was attending the ongoing national executive council (NEC) meeting of the National Association of Resident Doctors (NARD) when he suffered cardiac arrest.

The doctor, whose identity could not be immediately ascertained, died hours after a defibrillator could not be provided to resuscitate him.

A defibrillator, which is used to reset the electrical state of the heart so that it may beat to its normal rhythm,  costs N400,000.

The deceased was the general secretary of the association at the Federal Medical Centre (FMC) in Abeokuta, Ogun state.

Speaking with TheCable, Segun Olaopa, NARD national president, said the FMC Yenagoa — where the meeting is holding — did not have a defibrillator at the time the deceased suffered the attack.

He said although one was later brought from another hospital, it was too late to save the life of the young doctor.

“They did not have a defibrillator at that moment but they were able to get from a neighbouring facility,” he said.

“I am not very sure of the full details of what transpired… the association will make an official statement on this.”

HOW THE DOCTOR LOST HIS LIFE

Quoting another doctor in a series of posts on Twitter, Oluwafunmilayo narrated how the incident happened.

He said a defibrillator was brought after a few hours of the doctor receiving cardiopulmonary resuscitation (CPR), a method used to keep someone alive in such medical emergency.

“One of the delegates who is the current general secretary of FMC Abeokuta, had cardiac arrest and was rushed to A and E department.

“The doctor was confirmed dead about 30 minutes ago. What a country and where did we go wrong?”


A doctor collapsed yesterday inside a hospital.

They travelled to GovtHouse Clinic to borrow one. By then, the doctor died.

The incident has triggered outrage on Twitter, with some Nigerians wondering why a federal medical centre could not have a functional defibrillator. Some others argued the incident is a reminder of how Nigeria’s health sector is poorly funded.

There have been reports on Nigeria not seeing the health sector as priority as a result of the budgetary allocations over the years.

In the last 10 years, for instance, the highest budgetary allocation for the health sector was N377 billion — and that was from a budget of N7.4 trillion.

Below are some of the reactions to news of the doctor’s death:


My friend’s Dad died cause his oxygen finished in the morning and they couldn’t find any oxygen until the old man passed away around 5pm ....Nothing good is happening in Nigeria tbvh

RIP Dr. Steve. I can't describe how painful this news is.. Especially because of the kind of person you were. Everyone loved you. You were friendly and always ready to help junior colleagues. The circumstances surrounding your death makes it even more painful. Too sad. pic.twitter.com/UhJv3WWsQj
— Dr. Abdulquadri (@MCQuadri13) July 26, 2019

This is sad, everything is a joke in this country. Human life is number one on that list. May his soul rest in peace.
— Chinenyenwa (@chi_nenyenwa) July 26, 2019

This is one of the reasons why, many people want to leave this country. Nonsense
— Emmanuel Onyedika. (@Nuel_Onyedika) July 26, 2019