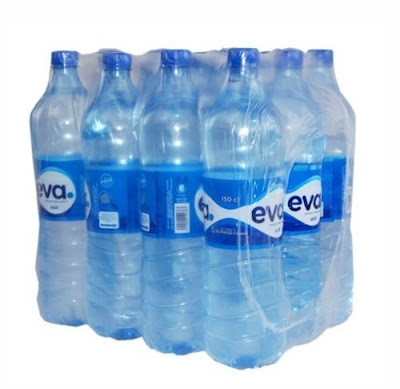 The Nigerian Bottling Company has said that it had withdrawn two batches of 75cl Eva Water produced from May 22 to 23, at its Asejire Plant which did not meet the bottler’s quality standards.

This was even as the National Agency for Food and Drug Administration and Control issued a recall alert for the product on Friday.

NAFDAC has also revealed it would investigate the affected beverage.

The NBC in a statement obtained by newsmen on Saturday indicated that it had voluntarily notified NAFDAC of the substandard batches of water on June 20.


The statement signed by the NBC Director, Public Affairs and Communications, Ekuma Eze, read in part, “The Nigerian Bottling Company is aware of the Public Alert No. 0011/2019 issued by the National Agency for Food and Drug Administration and Control.

“As noted in the alert, on 20th of June 2019, NBC voluntarily notified NAFDAC of two batches of Eva Water (75cl) produced from May 22-23, 2019 in our Asejire Plant, which did not meet our quality standards.

“We had commenced the withdrawal of the affected batches which are 220519.14.27 AC4 and 230519.15.15 AC4, prior to the NAFDAC announcement and are cooperating with the agency in their investigation.

“We regret the inconvenience this issue may have caused our consumers, and we request consumers in possession of products with the stated batch numbers to return them to our nearest offices or distributors/dealers for replacement.”

The firm, however, assured consumers that there were no issues with other batches of Eva Water, adding, “We reassure our consumers of our commitment to highest quality standards, product safety and consumer satisfaction.”

NAFDAC had on Friday, in a Twitter message, directed the NBC to recall Eva premium table Water 75cl over suspected contamination.

It added that the production of the water had been suspended pending the outcome of an investigation.

The regulatory agency also confirmed that NBC had voluntarily informed it of a change in colour of the product from colourless to light green and the presence of particles in two lots.