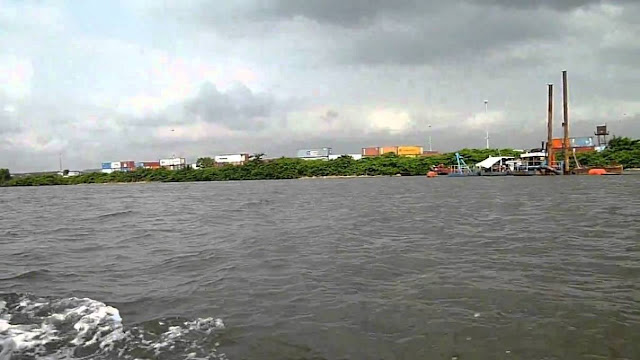 In a grim case of jungle justice, Olamide Omolede, a 22-year-old man, was on Monday killed by hoodlums in Badore, Ajah, Lagos after he was wrongly accused of stealing a mobile phone.

The incident occurred on Monday evening, the victim’s father said.

It was gathered that following days of epileptic power supply in the community, Mr Omolede, who is also a tricycle rider, went to a nearby store to charge his handset for a fee.

Afterwards, he left the store for his house. However, after some minutes, a woman whose name had not been provided at the time of filing this report arrived at Mr Omolede’s house with some hoodlums, alleging he stole her phone where they were charging.

The hoodlums mauled him to death and threw his body into a nearby lagoon.

A witness, Tunde Afolabi, revealed that the deceased was first paraded half-naked to Iyalaye Store where the alleged theft occurred.

“After he eventually died, the thugs threw him into the lagoon. But we concerned people of the community paid Egun people to help trace the corpse after we heard the incident. The corpse was brought out of the river this morning,” he said.

He said the phone which was reported stolen was later found with the son of the woman who had accused Mr Omolede of stealing it.

Francis Omolede, the victim’s father, also spoke on the tragedy.

“I was called on Monday by the sister of the victim that her brother was accused of stealing a phone. After the thugs brought by the woman who accused him of stealing eventually killed him, they threw him into the river to avoid traces.

“It was afterwards that the phone was found with the son of the woman who wrongly accused my son. The police have arrested the woman and some of the thugs who perpetrated the act,” he said on Wednesday.

Also, the traditional head of the community identified as Baale Jikoji said that the matter would be properly handled.

“We have met and we will definitely address the matter”, he told our correspondent.

The police officer in charge of the matter, who simply identified himself as Inspector Sunday, said that proper investigation would be carried out.

“We have arrested the woman who accused the victim and some thugs that carried out the act. Some of them are still at large but we will definitely arrest and carry out a proper investigation,” he said.

Following the death of Mr Omolede, tricycle riders on Badore-Ajah road blocked the major road to express their anger over the incident.