Ministerial nominee: I left PDP when it ‘was not doing well’, says Ngige 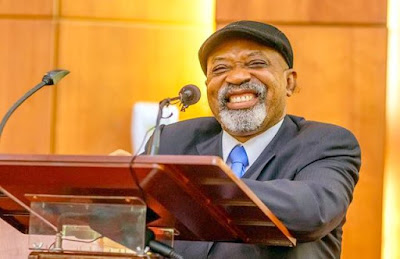 Former Minister of Labour, Chris Ngige, on Thursday, revealed that he left his former party, the Peoples Democratic Party when it wasn’t “doing well.”

He said this during his screening as a ministerial nominee at the Senate.

Ngige, who was welcomed to the Red Chamber by the Senate President, Ahmed Lawan, for the second time saluted the Senators and then moved on to the other side of the aisle.

He said, “And to my colleagues from the other side of the aisle, I left the party when it was not doing well but the party is waxing strong.”


The Senate on Wednesday started the screening of the 43 ministerial nominees that President Muhammadu Buhari had sent to the National Assembly.

Ngige is one of the two ministerial nominees from Anambra State.